On the Media as a Globally Connective Force

Home » Blog » Culture » On the Media as a Globally Connective Force 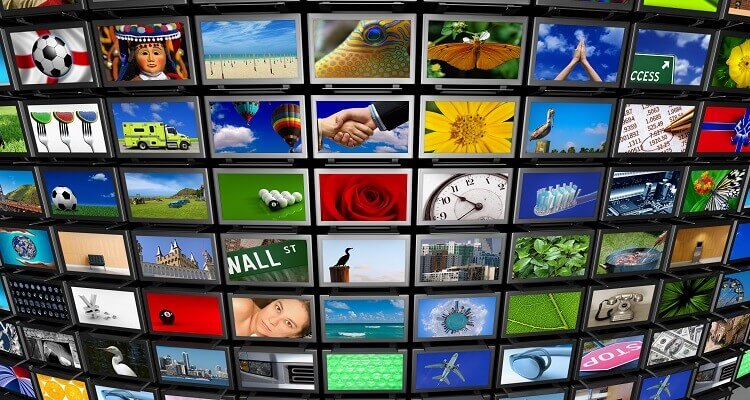 Before the internet, motor vehicles, or even railroads, cultures lived in relative isolation on their respective territories. This is something unimaginable today when we understand social interaction is a basic human need. There wasn’t much mixing between cultures back then, other than for the purpose of trade, commerce, or politics. The media began to change that almost as early as the invention of the first printing press in Germany by Gutenberg. Today, thanks to affordable and accessible internet offer, connectivity is a given in most households.

How The Media Emerged in Changing Times

Well up until the Modern Age, most cultural spaces were homogenous. Meaning they had more or less the same ethnicity, race, religion, and other uniting factors. In fact, this need to keep societies “pure” is what gave rise to racist political movements like the Nazi regime in Germany.

Of course, history doesn’t always proceed in a linear fashion. In the post-modern era, after the 1960s public perceptions on racism and inequality began to change. With the emergence of cable television and cheaper consumer entertainment, the media began to gradually educate the world.

The 1960s were a hotbed of change. Young people were becoming more politically aware and demanding. Universities and college students marched against injustice and unnecessary military intervention. People began traveling to far off regions like the Middle East and Southeast Asia. Media played a pivotal role in all of this. From reporting on the Vietnam War to advertising exotic tourist destinations like Beirut or Goa, the media began the slow process of connecting the modern world.

The Media And Global Citenzry

Many people insist that man-made borders and nationalities should very little importance in the present landscape. Instead, they put forth the argument for a global citizen. A citizen that is a hybrid of multiple cultures, with empathy and tolerance for all other cultures.

Global citizens exist as a mix of different cultural influences. Their ready acceptance of other people’s gender or sexual preference, ethnicity, and faith makes them something entirely new. In all of this, the media has played a pivotal role, changing people’s inherited biases and perceptions.

Today, the media exerts an even more powerful influence. The space for conservative, racist or outdated thinking is rapidly shrinking, and rightly so. Instead, the media plays a big part in bringing racial and social-political injustices to light. These days, a racist or homophobic rant can cause a person to lose their job and social standing, and even face embarrassment on a global scale. The media is setting up more spaces for rational dialog and meaningful exchange that can lead to more people becoming global citizens.

Pop Culture Media and Its Effect On Collective Consciousness

TV shows and feature films tend to be the most interesting forms of media that attract large audiences. The American media, in particular, still exerts a powerful influence ranging from strategic product placements to consumer ads to cultural representations. In today’s world, the media is not merely a medium that conveys opinions but one that also shapes opinions.

Take a look at the diversity you see in American media. You get movie and TV stars belonging to different ethnicities and cultures. You get music videos that depict elements of particular cultures like the African-American society. Movies and cable TV educate people about uncomfortable topics such as institutionalized racism, misogyny, homophobia, transphobia, and other undesirable aspects of modern society. Artists talk about social and racial struggles they face on their way to stardom.

In many ways, the media has done most of the heavy lifting in exporting American culture all over the world. Even people living in remote countries like Thailand or Jamaica follow American pop culture on some level. From playing the latest Billboard hits to watching the highest-rated TV shows and movies, people all over the world have some concept of what American culture is. This is one of the biggest things media has achieved over the years. America’s influence is not just military or economic any more, its media influence is just as strong.

Modern Press and The Global Newsroom

Modern press and news networks operate under one basic assumption, that is the world being is a global village. That means events that happen in one corner of the world have significance to people living in other parts of the world. The result is that instead of narrow-focus local news, we now have a broader perspective and understanding of what is going on in the larger world.

Major tragedies such as terror attacks, wars, and apartheids generate global outrage instead of how localized the reaction used to be. People get to know about such an incident within seconds of it happening. What’s even more important is that news networks aren’t the only ones distributing news anymore. Social media is a powerful medium that connects billions of people all over the globe. Social sharing carries news much faster and on a much larger scale than conventional news broadcasts or newspapers.

Of course, there will always be people who argue that the media is a dangerous thing. They believe that modern media is breaking down social systems, influencing impressionable minds, and challenging a status quo that has been running for centuries. All of this is true.

The media is indeed breaking down social barriers by highlighting the injustices that take place every day. The media is also influencing impressionable young people, educating them about acceptable modern behavior. And yes, the media is challenging a system that was designed to maintain superiority in race and gender.

None of these is necessarily a bad thing. In fact, the only danger is media taking a regressive turn and encouraging a return to the conservative living. Other than that, if used responsibly, the media is a tool to encourage societies merging into something bigger than belonging to a single community or country.