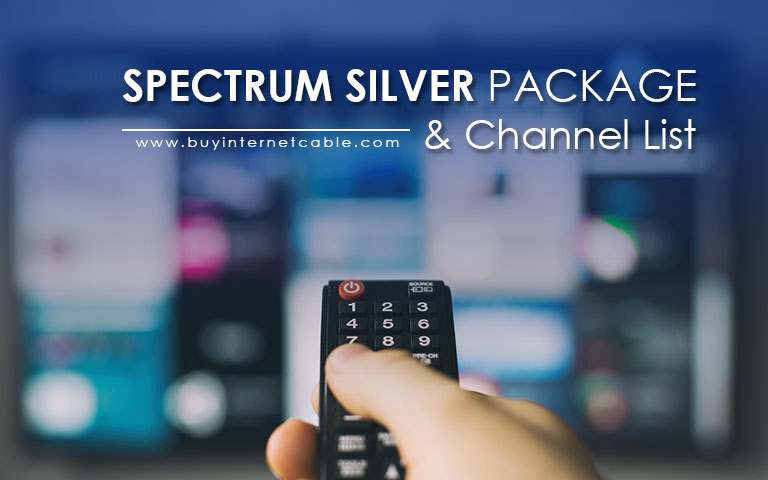 Spectrum TV packages have something for everyone. It doesn’t matter if you’re a sports fan, Hollywood bug, or need to stay current on world affairs. Spectrum Silver channel list has something for every pallet, including the Food Network.

For starters, the Spectrum TV Silver channels are some of the most popular in the US today. The silver package also includes HBO® and Showtime® channels. So you will always have access to the latest Hollywood Blockbusters.

And let’s not forget the free HD channels that come included in the Spectrum Silver package. Your favorite sports look so much better in crisp HD. Then there are the thousands of on-demand movies and shows that you can select. Really, you are unlikely to ever run out of things to watch.

Finally, what makes Spectrum TV™ Silver so special is that you get access to the Spectrum TV app. With it, you can enjoy your favorite shows anytime and anywhere. What’s more, is that you can use it to enjoy live TV. So if you’re on the move and need to watch a live debate, you can. It’s easy, it’s fast, and it’s yours for free.

What Does the Spectrum Silver Channel List have to offer?

Well, the Spectrum Silver channel listing has something for every taste. You can choose from sports, news, entertainment, documentaries, and even international channels.

Below is a table of all the channels available on the Spectrum Silver package.

The table above contains all channels in the Charter Spectrum Silver channel list. As you can see they have something to interest everyone.

Cloo was a unique channel when it launched, back in 2006. The original programming consisted of crime and mystery genres. The entire channel was dedicated to them. But over time the programming changed to include other shows as well. Today there is a healthy mix of comedy and drama series in their programming lineup.

The DIY Network launched in 1999 and you can guess what it was all about. The original programming was full of instructional DIY shows. The channel had to update its programming since but still retains its original purpose. You will be able to find reality series related to home repair and renovation. The channel is still full of DIY hacks but focuses them on home maintenance. You won’t be able to find these shows on channels like Fox.

Fyi also launched with the DIY Network in 1999 as the biography channel. Its original programming was its namesake. It was rebranded as FYI in 2014 and the new programming was more mainstream. It currently has lifestyle-focused programming you won’t be able to find on other channels like CW. With a mix of home renovation series, reality series, and culinary shows.

Syfy is likely one of the most special channels in the Spectrum TV Silver channel lineup. It launched in 1992 and has enjoyed a cult viewership ever since. Its programming is dedicated to fantasy sci-fi, horror, paranormal, supernatural, and reality series. The reality series, of course, also focus on the same genres.

The Spectrum Silver channel list offers so much more than regular TV. You can even enjoy watching them on the go using the Spectrum TV App. which will let you stream live TV as well. Depending on your location, there could be more channels available to you. You can find out by contacting Spectrum customer service. They will be able to tell you about the channels available in your area and give you details about packages.