What channel is ACC Network on Spectrum?

Home » Blog » FAQ » What channel is ACC Network on Spectrum? 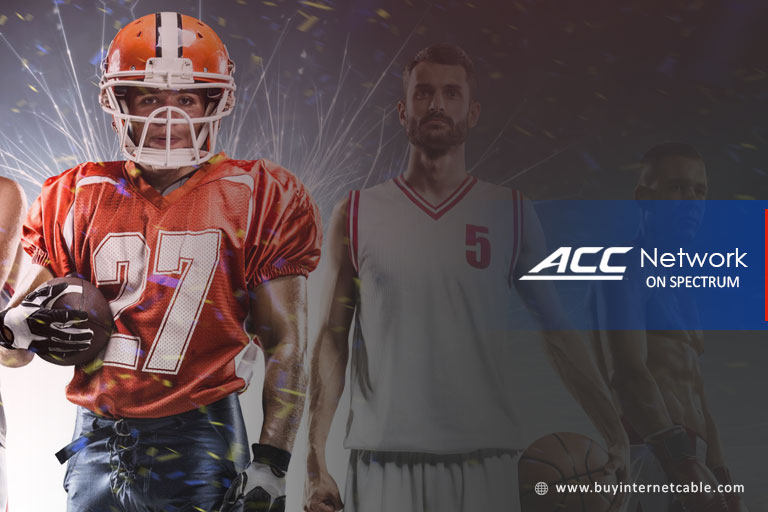 The most anticipated sports channel is here. You can now watch ACC Network on Spectrum. It’s going to be a part of the Power 5 conferences (Big Ten, Pac-12, Big 12, and SEC).

What does ACC Network on Spectrum Offer?

ACC Network is the official channel of ACC sports. It’s owned and operated by ESPN. It was set to launch on August 2019 along with the 2019 ACC College Football Season. Since the channel is new, it’s not carried by all cable TV providers and streaming services.This 24/7 national network is dedicated to ACC sports. The channel will broadcast 450 live contests which include 40 regular season football games, 150 men and women football games, and 200 other regular-season tournaments and competitions. Its programming will also include sports news and information shows.

If you are a subscriber of Spectrum TV Select, Silver or Gold package, you will be able to watch the ACC Network on Spectrum without any upgrade. However, if you are a former Time Warner Cable customers, you might have to call Spectrum and switch to their plans to watch ACCN.

Find the table below to look for the ACC Network channel number on Spectrum in your particular city and state:

ESPN has been televising the ACC content from the 1979s. The channel has exclusive rights to every conference controlled game. Now, sports fans have a dedicated channel to watch ACC sports. Needless to say that no matter what cable, satellite or streaming service they are using, sports fans would be willing to do anything to have access to this new network.Apart from Spectrum, only a few other cable providers are carrying the ACCN channel. For those who don’t have cable can enjoy live sports streaming of this channel on PlayStation Vue, Hulu, YouTube TV or Sling.

Streaming via the ACC Network App

Before you could only watch the ACC Network on Spectrum like the rest of the local TV channels or stream online using the ESPN app. Not anymore! The ACC Network app is now available for both Andriod and iOS. You can easily live stream your favorite sporting event.

What is ACC Network Extra?

ACC Network Extra, also known as the ACCNX, is a digital platform of the network. It’s available to stream on the ESPN app. You can only watch ACCN online if you own the ESPN subscription for the last 3 years. You will also need an ACCN subscription to watch the ACCNX programming.

Can you watch the ACC Network on the ESPN app?

ACC Network Extra gives you access to 600+ exclusive live events across the conference. It’s a larger part of the ESPN network. Since it’s a digital platform, it is carried by Hulu, Sling TV, and PlayStation Vue.
Disclaimer: Although all requisite efforts have been made to procure owner/publisher approval for the images used in BuyInternetCable.com Blog posts, we apologize (in advance) for any unintended and/or uninformed copyright violations still incurred therein. If you feel that your material has been used without your tacit consent, please feel free to correspond with us through Contact Us page.
error: Content is protected !!