The Best Halloween Movies on Netflix 2020 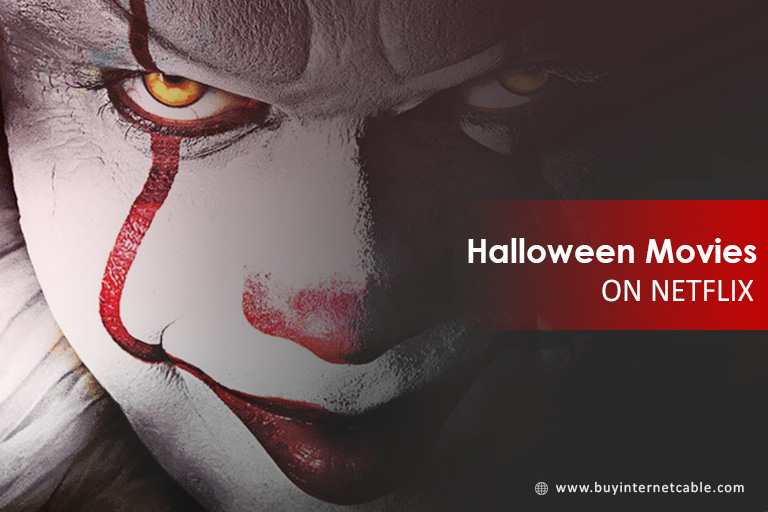 Halloween spirit’s upon us. Most of the time may be spent in deciding the perfect horrifying look to celebrate the night of 31st October. However, a few of us are also making a list of Halloween themed movies to enjoy with our friends and family. Netflix is featuring a wide range of these movies. Our top picks are sure to give you chills. So enjoy…

Carrie, an adaptation from Stephen King’s novel, is a supernatural horror film. It won’t feel like a Halloween movie to you but the film has enough gore and horror to qualify as a Halloween movie. If you want to watch TV without cable, then you can get a feel of it by watching Carrie on Netflix.

Directed by Kimberly Peirce, Carrie is the third film adaptation of the same novel. The first two adaptations were made in 1976 and 2002. Though the film received mixed reviews, Carrie is worth a watch if you fancy scary movies. However, make sure the kids are in bed before you do so.


A secluded farmhouse, a terrorized family and paranormal investigators are what describes The Conjuring as a film. The family residing in a secluded farmhouse, terrorized by a dark force becomes a case study for paranormal investigators. If the description does not give you goosebumps, the movie comes from the makers of Insidious and Saw. That speaks a lot about the level of horror that the movie features.


It seems as if horror movies have a thing for secluded houses and farmhouses. Insidious is no different. The movie stars a creepy boy whose family is struggling to escape a dark force. You might think of it as a ‘family Halloween movie’ but it’s better that you watch it alone or maybe a group of friends. Kids won’t be the best audience for this frightening film. You can tune into Netflix to watch the movie at your own risk.


1922- another film based on Stephen King’s novella. Stephen King’s novels sure are a favorite amongst producers. The film revolves around a farmer confessing to murdering his wife. Although the farmer killed his wife, she’s not done with him. Watch how the plot unrolls. And the chills that you get while watching the movie will keep you from going to the bathroom alone at night. Do not complain if you get uneasy dreams at night. You have been warned!

P.S. Not for kids though.


No, the movie does not star Penelope Cruz. The name is just a coincidence. Penelope is not a spooky or a horror film. However, it falls under the list of good Halloween watch as it features Halloween costumes as well as false identities. Hence, creating the vibe.

It also happens to be the first one on the list so far that you can call a family watch. You can watch this movie a gazillion times without getting bored. And count on it to divert your mind away from all the spookiness that October brings with it.

The movie narrates the story of a cursed girl (Penelope) who is awaiting her prince charming. Until the day she decides to go out into the world and see what it’s like. As you watch along, you will find this film funny, sweet and heart-warming. You can watch this rather sweet movie on a movie channel if you have subscribed to a cable package. Otherwise, Netflix is the platform you would want to log in to.


The name of the movie directs towards something rather scary or spooky. The best thing about this movie is that it does not involve bloodshed or any mind-disturbing scenes to keep you awake the whole night. Based on a true ghost story, the movie is famous among people for its unpredictable end.


This movie is anything but scary. It is an animated film featuring prominent characters from Shrek and Monsters vs. Aliens. They narrate their favorite spooky stories. This is a rather cute and heart-melting watch.


The title of the movie might seem inviting but anyone who gets scared easily should refrain from watching it. The theme of The Invitation is a bit different from all the other horror movies in the list. It is a psychological thriller that follows the story of a divorcee, Will. Things change for Will after he receives an invitation from his ex-wife to join her and her new husband at a party that the couple hosts at their place.

Enjoy this rather intriguing watch as Will grows suspicious about the hidden agenda behind hosting the party.

This list is enough to keep you company throughout the October weekends. You will only need a good Internet plan to be able to watch them all on Netflix. So, give your friends a call, plan a movie night and get watching.