What Channel is BTN on Spectrum?

Home » Blog » FAQ » What Channel is BTN on Spectrum? 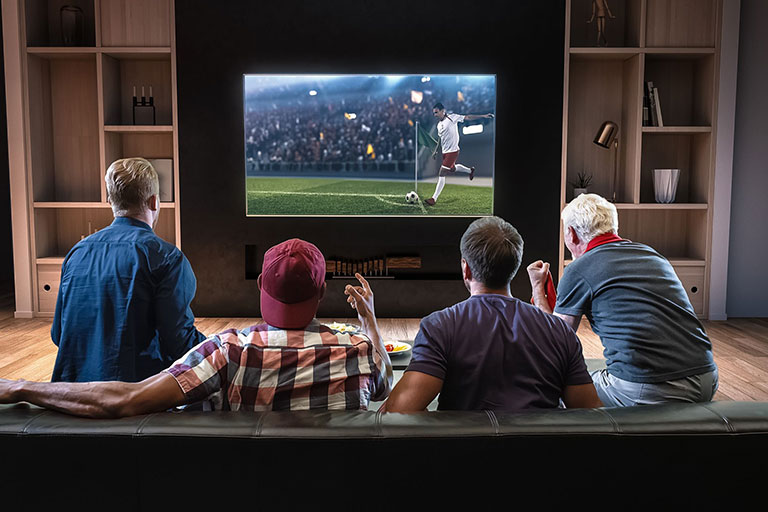 It has been a roller coaster ride for Big Ten Network since its launch in 2007. At the time of the launch, the Big Ten Conference owned 51% of the shares while Fox held a 49% stake in the network’s shares. The two entered a 20-year partnership that continues. Two television service providers offered BTN for a year after its launch. However, the following year, the network was able to achieve its goal. And all the major TV service providers in the Big ten market started offering the channel to their subscribers.

What made BTN a hit among people was the fact that it was the first-ever channel that was dedicated to a single collegiate conference. You can subscribe to BTN. Apart from that, the channel also promised to deliver event equality. This meant that BTN will air as many matches featuring men players as it would for women.

If you wish to subscribe to BTN Channel on Spectrum, the following channel lineup guide table will help you. You can see what channel number BTN is on in your state.

Sports Featured on the Channel

There are many collegiate sports that the channel features including:

The channel holds the national broadcast rights to all of the football games featured by the conference. You can tune into BTN to watch more than 30 football games every season. Every conference team has to appear for a minimum of two times on the network.

Apart from football and basketball, BTN also televises games of baseball, college ice hockey and over 170 Olympic events sponsored by NCAA. The Olympic events feature sports including hockey, swimming, soccer, and volleyball for both men and women.

You will not only get to watch some thrilling matches on the channel, but you will also relish tuning into talk shows. These shows have prominent figures as hosts and the sports-related debates, predictions, and analysis that the hosts, as well as the guests, make are likely to increase your interest in sports.

If you want to watch this show, you will have to tune into BTN weekly as Big Ten Tonight airs every week for 30 minutes. In case you want to have an idea about the show, you can compare it with ESPN’s SportsCenter. This means that you will be able to watch the highlights as well as discussion regarding the Big Ten sporting events.

Dave Revsine anchors the show along with Rick Pizzo, Lisa Cornwell, and Mike Hall. The appearance of other anchors and hosts depends on the sport under discussion.

As the name suggests, this show airs on Saturday every week. It comes with a pre-game, half-game and post-game edition. However, you will only get to tune into this show during the college football season. The show features highlights of the day’s games. Apart from that, it also includes discussions on the performance of the teams. The host for the show includes Dave Revsine. He is accompanied by analysts Howard Griffith and Gerry DiNardo.

This is a Friday night show that was originally named Friday Night Tailgate. The nature of the show is such that nothing important or relevant is discussed throughout it. Big Ten Tailgate just takes a lighthearted approach to featuring college life during the football season.

You will have to look up Spectrum cable prices in case the shows and the description of the sports featured on the BTN have got you excited. It is also essential for you to know about the packages that offer BTN.

The good news is that you can opt for any of the Spectrum packages because all of them offer BTN. So, you are not bound to subscribe to an expensive package or deal. However, you can look for a Spectrum discount and see if you are eligible for it. Because saving a couple of bucks hurts no one.