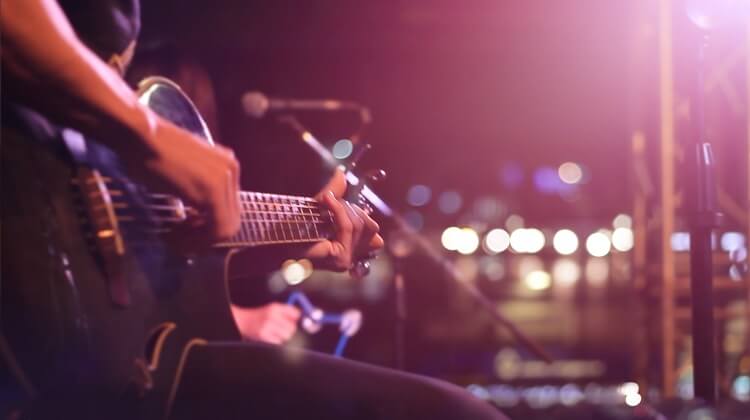 BTS has fans across the globe. People living outside Asia admire the band as much as the ones living in the continent. Amazing how seven people who did not know each other before 2013 are breaking records. Here’s a little something about the boys who are currently on their Love Yourself tour.

BTS was formed in 2013. Although the seven members have a chemistry between them, you’d be surprised to know that they did not know each other before 2013. The band came into being after several auditions were held.

The name? Well, BTS stands for ‘Bangtan Sonyeondan.’ If we translate this into English, the boys call themselves Bulletproof Boy Scouts. The members were creative enough to come up with another elaborated version for BTS (Beyond the Scene).

Moving on, the band members can converse in English (in case you were wondering). But the most fluent amongst them is the frontman (Rap Monster). Naturally, he is also the one who chats the most when it comes to giving English interviews. Fun fact: RM worked hard to teach himself English. And guess where he took classes from? F.R.I.E.N.D.S. That’s right. Phoebe failed to teach French to Joey but ended up teaching English to RM. Wow!

Success comes to those who work hard to achieve it. BTS’s fame in this short period speaks volumes about the band’s dedication and the talent that each individual brings to the table. It is for this reason that the band succeeded in achieving the following in a matter of six years:

Although BTS has nine albums to its name (two of which came out this year), some albums are more famous than the others. The band’s most popular album as per the streams on Spotify is Love Yourself: Answer followed by Map of the Soul: PERSONA. The latter came out this year.

As far as the most prominent song is concerned, the band scored its first number 1 hit on Billboard in 2016 with their song Blood, Sweat, and Tears.

Americans are crazy about the band as well. So, the seven-membered band made headlines on its USA tour that it embarked on last year. First, it became the first K-Pop band to top the US Billboard 200 charts. The group ’s album ‘Love Yourself: Tear’ was ranked as No.1 on U.S. Billboard 200 chart. With this, the group had the honor of becoming the first-ever Korean band to top the US chart. Apart from that, one of the album’s songs- ‘Fake Love’ made it to the Top 10 on Billboard’s Hot 100 list making it the first group to achieve so.

The rise of the band to the top put the celebrated American Rapper Post Malone on No.2, giving him a run for his position.

Sold-Out Concert at the U.S. Stadium!

BTS was the first Korean group to perform at an American stadium last year. This is huge!

New York’s stadium Citi Field hosted the band on 6th October 2018 where the boys performed before a sold-out audience. The group is currently on its ‘Love Yourself.’ Those of you who couldn’t watch a live concert subscribed to Spectrum Cable TV package with a pay-per-view option or the like.

Following is the link to the concert:

A Lot of Firsts

Not only is the band the first Korean group to top multiple US charts and perform at a US stadium. But it seems that the band has a lot of firsts to its name. Let’s have a look at the list:

BTS released two albums this year. One of which was a soundtrack album that the band released for their original video game. Having released this year, Map of the Soul: PERSONA has garnered positive reviews and has made it to the Billboard’s top positions.

You can subscribe to Spectrum bundle deals or the like to be able to listen to or watch songs from the album even when on the go.

That’s what BTS fans refer themselves to as. And you will be surprised to learn that prominent stars like Shawn Mendes Charlie Puth and Camila Cabello are part of the ARMY.

Count my sister in as well btw. She always brags about how she is a part of ‘The ARMY.’ I question her sanity at times. But I guess she is not to be blamed. The world, in general, is going crazy after BTS and their so-called charm is spreading like a magic spell.

The Spectrum TV Choice package allows the subscribers to opt for channels of their choice as well. Therefore, if you are a BTS fan, you can opt for channels that play their concerts or feature their biographies. In short, you need to subscribe to lifestyle and music channels more.