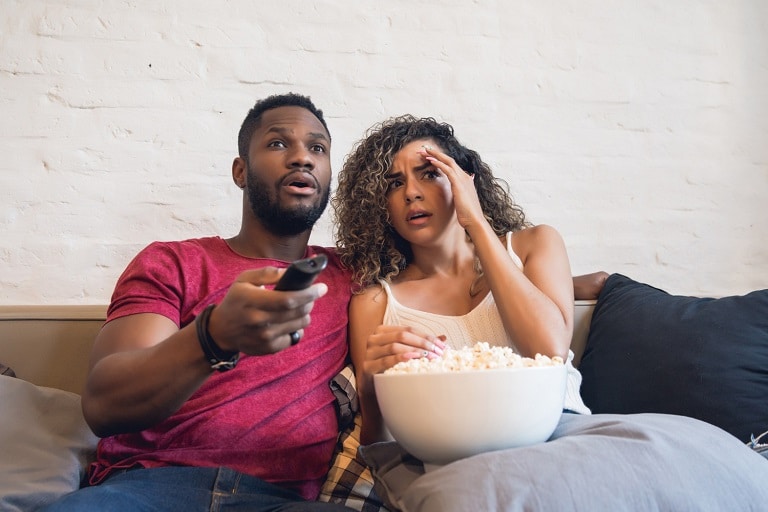 True crime is an interesting genre of films and movies. Most of them can be a full-blown anxiety attack but can still be an immersive experience. Some of the best crime movies on Netflix are Icarus, Amanda Knox, Lost Girls, etc. People who like crime movies and docuseries understand that they could potentially make you paranoid and give you nightmares. However, for the mystery lovers inside you, a good true crime movie could be a great choice. You can enjoy the thrill and suspense through your TV screen at a safe distance.

Netflix is one of the most popular online streaming services in the US and worldwide. It has a wide range of suspense thrillers and true crime movies that you can watch. The options are innumerable and you can get overwhelmed by the choices. So, all you need is a Netflix subscription and a decent internet plan like the Spectrum internet packages. Then, you can either search for the movie you want to watch or scroll through the Crime genre on Netflix.

There are so many choices that you can get confused. Some might be more intense while others can be R-rated. So, if you are looking for true crime movies on Netflix, here are some great options.

Director Jenny Popplewell has brought to screen a true crime story like no other. The murder mystery has a 7.2 rating on IMDb and is one of the most-watched movies on Netflix. It is the real-life story of the Watts family murder in 2018. The story took place in Colorado and can send chills down your spine.  Moreover, it uses real social media posts, police recordings, and footage from the scene to tell the story. The movie is not a light-watch and you will end up thinking about it for weeks

#2: Amanda Knox – One Of the Most Intense True Crime Movies on Netflix

Amanda Knox is the story of the trial, conviction, and a later acquittal of the girl with the same name. She was accused and convicted for the brutal murder of an exchange student in Italy. It features real interviews of Amanda and her boyfriend, the prosecutor, and the Daily Mail reporter. It is one of the best crime movies on Netflix and has received immensely good reviews from critics and fans alike. So, if you want to dive deep into the mysteries of her trial, you should watch this movie.

22 July tells the true story of the Utoya summer camp massacre of 2011. Although the events in the movie take inspiration from true happenings, the characters are all fictional. Erik Poppe directed the Norwegian drama and it is one of the most unique crime movies. It shows the massacre from the victims’ perspective and puts you in their shoes.

You can watch this on Netflix and pay for the subscription through Spectrum internet billing. The movie does not show the terrorist but you can sense the presence in the background the entire time. So, you should watch this movie if you want to sense the fear of the victims like never before.

#4: Abducted in Plain Sight/Forever B – Thrilling and Unforgettable

Skye Borgman directed this true-crime movie based on the kidnappings of Jan Broberg Felt. The story has also been told previously in Stolen Innocence: The Jan Broberg Story. It is a memoir of the happenings of the time penned down by Jan’s mother. You can watch it on Netflix or ask for the on-demand Spectrum channel list to check for availability. The child was abducted by his next-door neighbor twice in the 1970s. The story is a chilling reality that will make you wonder what Jan went through. The movie was released on Netflix in 2019 and has actual footage of Jan’s interviews as well.

Icarus is a documentary based on the biggest doping scandal in sports history. It follows the journey of Bryan Fogel and his exploration of doping possibilities in sports. He takes the help of the head of the Russian anti-doping laboratory and uncovers some of the biggest and darkest secrets. Decades ago, in a life without the internet, we never had so many entertainment options to choose from. But now we can watch whatever we want and this movie is different from others on the list. As it doesn’t talk about blood and murder, the crime is still dark and suspenseful.

The 2019 movie retells the story of the failed Fyre Festival. The organizers conned their way into the biggest ticket defrauding crime story that has ever happened. So, if you have Netflix on Spectrum, you should tune into this title now. They attracted thousands of people into the scam by making claims of the biggest party ever. But in the end, the reality was completely different from the false advertising. The coverage of the immense fraud has a 92% rating on Rotten Tomatoes and is definitely something you shouldn’t miss.