What Channel is FS1 on Spectrum Cable?

Home » Blog » FAQ » What Channel is FS1 on Spectrum Cable? 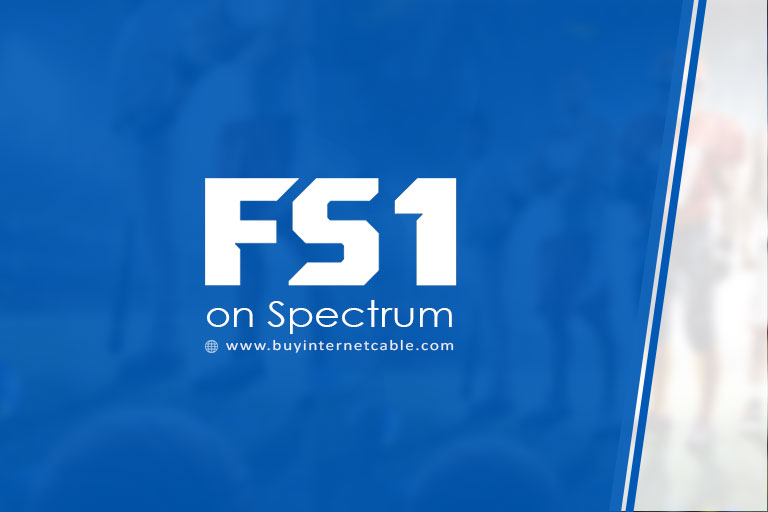 Sports enthusiasts tune in to FS1 with zeal to get updates on everything sports. You get updates regarding various sports including boxing, soccer, golf, and WWE on the FS1 channel on Spectrum. The channel will not fail to impress you as there is a wide range of sports that it features all round the clock.

FS1 Channel on Spectrum is a Sports Fanatic’s Heaven

If you wish to tune into FS1, you will find it on the following channel numbers in various states:

What Else does FS1 Offer?

FS1 perhaps is one of the best sports channels that you can tune into. The channel includes an array of live sports events that it airs regularly. These include Major League Baseball, Soccer matches including Major League Soccer and college sports including the most prominent of them all-Big Ten.

Apart from that, you will also get a chance to tune into UFC mixed martial arts, United States Golf Association championship events as well as other prominent sports events including NASCAR, Formula E, and NHRA. The latter will excite the car racing enthusiasts.

Not only do you get to watch major championships or live sporting events, but you also get a chance to tune into daily sports news, discussion, and analysis programming. These shows make it more interesting as experts host or seat as guests giving their opinions on a specific game or sports. It also gives a chance to the enthusiasts to analyze their own as well. FS1 is one of the most recent Fox Channel but one that is very popular among the sports fanatics for its programming.

All the Shows You can Tune Into

Some show air daily on the FS1 channel on Spectrum while some you will only be able to watch every week. You can relish watching the following:

TMZ Sports- This show airs on weekdays. It mimics the TMZ show that provides the fans with the latest celebrity gossips. Instead of that, this show focuses on athletes.

Skip and Shannon: Undisputed- This is a midday program that features sports-related debate. The hosts for the show include Skip Bayless, Jenny Taft, and Shannon Sharpe.

Speak for Yourself- This is yet another debate program that airs in the afternoon. The hosts for the show are Marcellus Wiley and Jason Whitlock.

Fair Game with Kristine Leahy- It is an interview program that airs daily for half an hour.

First Things First- This is a morning show that is all about sports news and debate. Nick Wright, Jenna Wolfe and Cris Carter host the show.

Lock it In- Another show that you would want to tune into daily is Lock it In. It’s a sports gambling program and features Clay and Travis along with Rachel Bonnetta as hosts.

Although you can tune into NFL Network as well to keep yourself posted about sports, FS1 is a better option.

MLB Whiparound- It is a live show that provides nightly highlights of major League Baseball Games. Apart from the highlights, the show also features news and analysis of the game on any given day. The host for the show is Chris Meyer. He gets accompanied by one from the panel of three analysts including Nick Swisher, Frank Thomas, and Eric Karros.

NASCAR Race Hub- A program that provides the audience with analysis and news. These include reviews of previous races as well as throws light on what is expected in the upcoming seasons.

WWE Backstage- This is a WWE related studio program. You can tune into FS1 on Tuesday nights to watch this program. The hosts for the show include Renee Young and Booker.

If you plan to subscribe to Spectrum stream service, the following packages offer FS1:

That makes it all three of the packages that Spectrum offers. You can even call Spectrum helpline number @ 1-866-200-7855 to connect to a rep and learn more about the packages and deals.