What Channel is Hallmark on Spectrum?

Home » Blog » FAQ » What Channel is Hallmark on Spectrum? 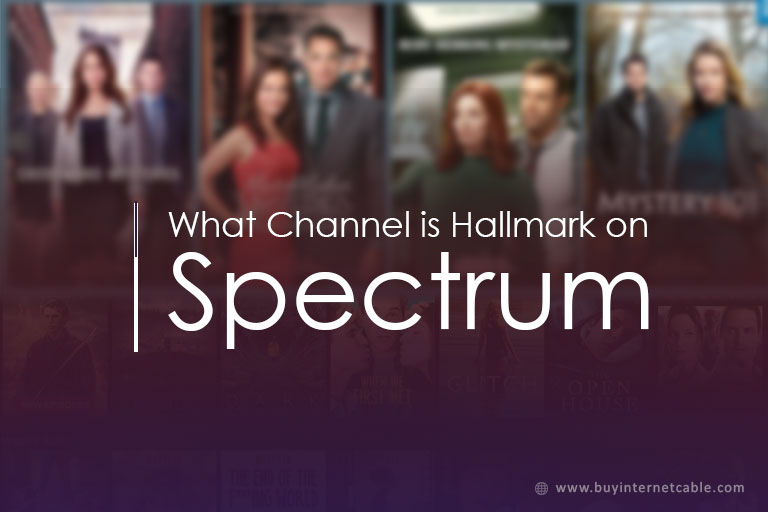 Hallmark Channel airs some of the best programs that include classic shows and movies as well as original TV series. Adding to that are some of the best originals too that have made Hallmark channel on Spectrum the top choice among the subscribers.

One of the most reliable sources of your daily entertainment is your cable TV. With a subscription to good TV plans, you are done with almost most of the part of your entertainment providing home duties. It is one of the main reasons subscribers do not take it easy when it comes to selecting a cable TV service provider. They usually scrutinize through the plans offered by the cable TV providers, what features they offer, and all the other details.

What Channel is Hallmark on Spectrum?

Spectrum is a renowned name in the channel providers. They have been providing quality content for years now. All the movie channels are aired in all its plans and packages. Hallmark Channel on Spectrum is airing movies in almost every service-provided state now.

If you have subscribed to the TV plans and want to know which channel comes wherein channel numbering, for example, the Hallmark channel on Spectrum, have a look at the Spectrum channel guide below:

What Channel is Hallmark Movies and Mysteries on Spectrum?

If you cannot find the channel you are looking for, the first thing you need to do is to try rebooting your cable TV. You can do this by unplugging the cable box for 30 seconds. Plug it back, but let it reboot for several minutes. When it is on and going again, look through the channel to see if you can find your desired channel there. Another way is to look up a TV guide on the internet and see where your channel is placed.

If your issue remains unresolved, you call Spectrum technical support 1-866-200-7855 and ask them to resolve your issue. Most probably, there are different TV packages to subscribe to. You can simply place a query on the automated response, like, subscribe Hallmark Channel on Spectrum, and they will get back to you.

How to Watch Hallmark Channel Live Without Cable?

There are some alternatives to cable TV too.

You can now watch your favorite Hallmark channels, the original movies, and shows from anywhere. All you need is a Hallmark Channel App. You can log in with your Spectrum username and password.

Spectrum TV Essentials is a live streaming service. It is another way to cut the cord. It includes services like lifestyle, live entertainment, and news channels. The cost was about $15-25/month. But to be specific, this service was only available to Spectrum internet customers and this thing is specified by customer service agent while communicating for Spectrum billing and any other technical issue. You can call now too.

Stream through other Devices

If you do not have the Spectrum app, you can also stream Spectrum channels through iPhone, iPad, Xbox One, and Samsung Smart TV. Roku and Netflix are also providing live streaming.

Roku can do a lot more than just live streaming. Roku has thousands of apps of its own, which are also known as Roku Channels. You can now watch plenty of TV shows and movies. Also, you can subscribe to your choice of live TV and streaming services. A Roku is probably the easiest device to enjoy streaming. You just have to plug it to the HDMI port. It is present at the back of your TV. Then you have to switch your input to HDMI. Simply follow the instructions to connect your Roku to the internet.

What to Watch This Christmas

A cooking show with a twist consisting of 5 episodes. The home chefs will compete with one another and will be judged by prominent pastry chefs. What makes it even more interesting is that its hosts will be some celebrity and keep on changing with each new episode.

This movie is about a man’s search of a mystery blogger (a girl) who writes stuff about love and loneliness. Starring Kellie Pickler, Patrick Duffy, and Tyler Hynes among others, the movie is based on a novel.

This will be Candace Cameron Bure’s 8th Christmas movie. It tells the story of Lauren Gabriel, (played by Bure. Lauren) who leaves the big city to settle down in a nice little town called Grandon Falls. On the way, she meets different and rather interesting people.

There are many popular and trending shows and movies on the Hallmark channel that you should not miss. Have a look at the list below:

This is a romantic chick-flick that you will love to watch. It is the story of a country music singer, played by Jesse Metcalfe, who finds again her childhood best friend, played by Autumn Reeser.

The story revolves around the character Dr. Sharon Hayes, who when goes in search of a family heirloom, finds true love. She unexpectedly meets a young man and his adorable daughter, and instantly understands they are meant to spend the life together.

In this magical tale, some postal workers are detectives who track down and deliver to people who failed to get their parcels and letters. They fight against the crimes, bring changes to many lives, and can save several too.

This series contains 10 TV mystery films released by the Hallmark Channel between 2005 and 2008. It stars John Larroquette, who plays a lawyer.

Things get interesting when a celebrity marriage counselor (played by Vanessa Marcil) is ditched by her groom on her wedding day. As she stands perplexed and alone at the altar, her contract presents himself to save her face.

From kids, adults, to older people, the Hallmark Channel on Spectrum is popular among people of all ages with its wide array of viewing options.