HBO Go Vs HBO Now: What is the Difference?

Home » Blog » Entertainment » HBO Go Vs HBO Now: What is the Difference? 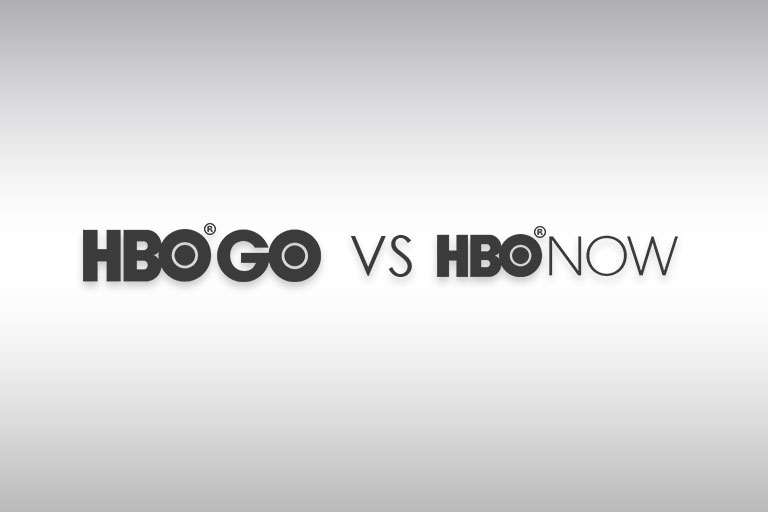 If you are serious about the quality of your entertainment, you likely know what HBO is. Game of Thrones fans typically probably spent every weekend watching the final season. HBO has made a name for itself thanks to the consistently high-quality content it produces. Given the recent shift towards cord-cutting, the network has launched 2 streaming apps. This blog is all about HBO Go vs HBO Now.

In the good old days, you needed a cable TV or satellite TV subscription to get HBO. HBO is one of the premium entertainment networks in the United States. This means it usually only comes with top-tier cable or satellite TV packages. However, things have changed over recent years.

These days, where everyone has a Netflix, Hulu or Amazon Prime subscription, HBO is jumping onboard streaming services. The network offers not just one but TWO streaming apps that you can use to access exclusive HBO content. Both apps are well-designed and carry the same content.

Since they’re both from HBO, people often get confused in HBO Go vs HBO Now. Both are very similar apps and carry very similar content. So which one do you need? Which one is the right one for your needs? This blog explores the following:

Without further ado, let’s get right to the meat of the matter and start discussing the points above. Read on for a comprehensive comparison of both apps from HBO.

The Difference between HBO Go and HBO Now

On the face of it, there is not a lot of difference between the two video streaming apps. Both have been developed by the same network. Both offer the same exclusive premium content. Both are available for both Android and iOS devices. Both apps allow you to pick up your streaming where you last left off. So what makes them different from each other?

The main difference between the two apps is how you get access to them. HBO Go is an on-the-go feature to watch HBO content. The catch is that you need to have a valid cable or Amazon Prime subscription. You also need to have subscribed to HBO with your TV service. To log in to HBO Go and access its content library, you will need your cable TV or Amazon Prime credentials.

On the other hand, HBO Now is a standalone streaming service. In other words, it is an a la carte streaming service much like Netflix. However, unlike Netflix, HBO Now offers you access to premium HBO content only. You don’t need an existing cable subscription to HBO to access the app. You can download the app and subscribe to it on your smartphone or tablet. You can also purchase it as an add-on service on Hulu.

Don’t miss: How to Watch HBO for free Right Now?

Comparing the Costs of Both Apps

We now come to an important point, which can be a deciding factor when choosing between the two apps. That’s right, we are now going to look at how much these apps can cost you. The details follow below.

Technically, HBO Go’s price is zero. The app does not charge you for use. However, you need to have a current subscription to HBO on your cable or satellite TV service. On average, premium channels like HBO and Showtime can cost you between $12 to $18, depending on your provider. That being said, if you don’t have an existing subscription, be prepared to fork over an additional twelve to eighteen dollars. Otherwise, the app stands free to use.

In contrast, HBO Now cost stands at a flat monthly charge of $14.99. In return, you get access to the same content as HBO Go, anywhere in the United States. If you compare this to how much a subscription to the premium channel costs you, you can see that the cost is lesser than the subscription.

Is There a Free Trial Period?

When you’re about to try out a new app for the first time, you may be a bit wary. And there’s nothing wrong with that. With paid subscription services, you will be spending a portion of your hard-earned money every month. You don’t want to be stuck with a mediocre app and regret spending your money on it.

HBO Go does not come with a free trial period. While HBO Go price is zero, it is not free because you need an existing subscription to HBO to use it. This means you are already paying for the premium content, the app just allows you to access it on the go. You can still find deals on it from your provider or with other services like Amazon Prime. In some cases, you can even get a whole year of free HBO! However, there is no HBO Go free trial.

HBO Now is different in that it offers a free trial period of one week when you sign up. This allows users to identify if they want to keep paying for the app. Thanks to convenient payment methods, you can start watching HBO content on the app right away, and pay if you feel it is worth it. You can start your HBO Now free trial as soon as you sign up for the service.

What Devices are Compatible?

Device compatibility is a big thing to consider with any new app. When you’re going to spend extended periods of time on an app streaming content, compatibility is even more important. You don’t want to subscribe to a service only to find out you now need a new supported device to make it work.

Both HBO Go and HBO Now are compatible with a large range of platforms and operating systems. There is no HBO Go vs HBO Now when it comes to supported devices. Thanks to extensive compatibility, you can run these apps easily on any of the following devices:

If you have a subscription to HBO on Spectrum or with any other provider, you can download and run HBO Go on any of these apps. Bear in mind, however, you cannot sign up for HBO Now on a PC or Mac. You will need one of the supported devices above to download and sign up for the service. You can still watch HBO Now on a Mac or PC.

How much is HBO Go?

HBO Go price is technically free. However, you will require an existing cable subscription that includes HBO. Premium cable channels in the United States can cost between $12 to $18, depending on the provider.

How much is HBO Now?

HBO Now cost is fairly straightforward. After a one-week free trial period, the app charges you a flat $14.99 every month. You don’t require an existing subscription to HBO.

Can I watch live HBO on HBO Now?

Is HBO on Hulu the same as HBO Now?

HBO Now is a standalone streaming service for on-demand HBO content. HBO on Hulu is an additional channel for subscribers to Hulu that offers access to both live and on-demand programming. Both of these have the same monthly price, that is $14.99 per month. However, their HBO Now does not offer live content.