What Channel is HGTV on Spectrum?

Home » Blog » FAQ » What Channel is HGTV on Spectrum? 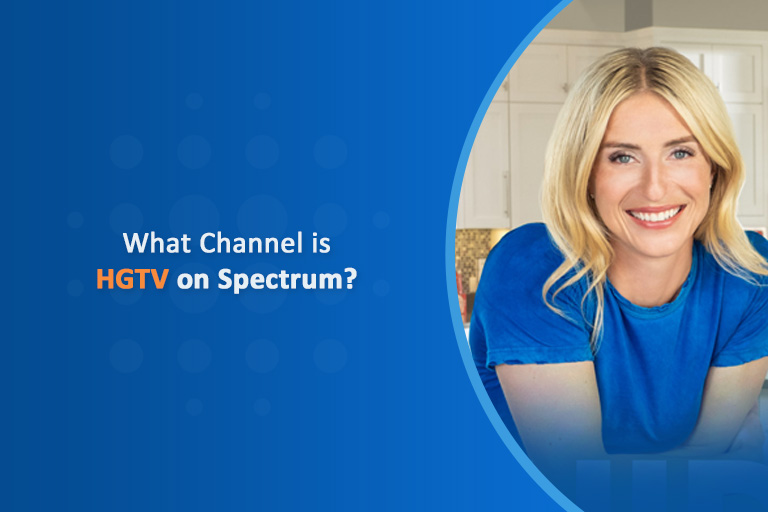 Are you wanting to improve your home or are looking for any real estate advice? If yes, then you should tune into HGTV on Spectrum. The channel features show that guide the individuals in these areas. Founded in 1994, almost every household in America has this channel. However, did you know that the idea for the channel hatched in 1992? And it took 2 years for it to go live.

More about the channel and the shows you should watch on it in detail in this blogpost.

The Lesser Known Facts about HGTV on Spectrum

Did you know that HGTV was about to be named Home, Lawn, and Garden Channel? That would have been an awkward name. However, later the name got shortened to HGTV as you see it today. Apart from that, House Hunters were one of the first shows that aired on the channel. In case you are thinking that the shows are not that interesting, you should also know that HGTV inspired many skits on Saturday Night Live.

For all those thinking that HGTV is an America-specific channel, you are wrong because the channel airs all over the world. The popularity of the channel is evident from the fact that Hillary Clinton loves the show Love It or List It. And been a huge fan of it for years. Apart from all this, were you also aware of the fact that you can buy HGTV products at various retailers?

Some of the WOW moments in the channel’s history were the success of the dream home giveaway and the declaration of an HGTV day in Tennessee.

Packages that include HGTV

You would be pleased to know that you do not have to subscribe to an expensive package to get access to HGTV on Spectrum. All of the packages include this channel. In case you wish to learn more about the available deals, the table below sums them all up:

It often gets hard to look for a particular channel on a specific cable TV network. But you do not have to worry about that as the Spectrum Channel Lineup table below includes the channel numbers that HGTV is on in different states.

Now that you are aware of the packages that the channel is available with and are familiar with the popularity of HGTV as well, here are the shows that you should not miss watching on it:

One of the oldest and the most popular shows running on HGTV right now include House Hunters. Premiering in 1999, the show is in its 196th season. Although they claim that the show is unscripted, recent rumors had it that the show is partially scripted. Each episode on the show follows people who decide on their new home.

These people are not necessarily families. Many times you will find couples hunting for houses as well. Other than that, you will also come across individuals doing the same. In each episode, the participants have to decide between renting or buying a house or an apartment.

Bargain Mansions is another popular series on HGTV that premiered in 2017. The show is currently in its third season. You would love to watch this show if you are into interior designing or restoring old places. Join Tamara Day on her journey to restoring huge spaces as it is not a big deal for her. The best thing about Tamara is that she is not scared to take on projects not many would dare to.

Everyone loves her for bringing the abandoned spaces back to life. And the families adore her after they move back into their once old-looking mansion.

This shows that Hillary Clinton loves as well as a home design TV reality show. Produced by Big Coat Productions, the show is based in Toronto and the surrounding area including Ontario. It started in 2008 and has been loved by many since then. Once you start watching the show, you would see that every episode follows the same format.

If you are wondering what the format is, then the designers Hilary Farr and David Visentin get houses to renovate. Families trust them with whatever and however, they wish to do it.

Apart from that, there is a list of other shows that you should consider watching. All you have to do is call Charter Spectrum customer service if you do not have a subscription to the company’s service as yet. Or tune into HGTV if you are a subscriber already. And you would find it hard to change the channel once you start watching the shows on it.

All the prices, speeds, channels are subject to change at any time. The above information was updated on November 24, 2021.