What Channel is IFC on Spectrum TV? 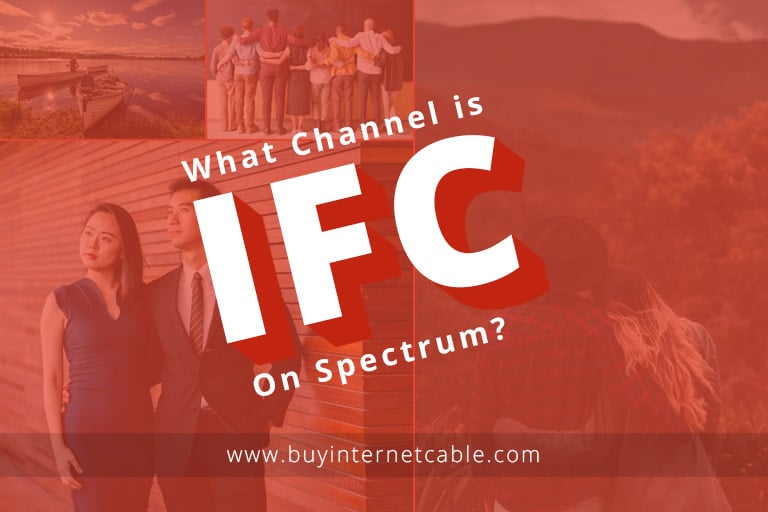 You might think you have access to all the entertainment you need with your streaming service subscriptions. Services like Hulu, Amazon Prime, and Netflix have been game-changers in the entertainment and distribution industry. But the fact remains that cable TV still remains the ultimate boredom buster. This is in part thanks to a huge diversity in channels and programming, especially with providers like Spectrum. Get everything from sports networks like ESPN to kids’ channels like Nickelodeon. One of the most in-demand channels in any US market is IFC on Spectrum. If you’re looking for information on this channel, read on!

What is IFC on Spectrum?

Charter Spectrum is one of the largest cable TV and high-speed internet providers in the United States. With coverage spanning more than 40 states, the provider has one of the largest coverage footprints in the country. It also has one of the largest subscribers bases. Spectrum TV remains a popular service all across the US, thanks to the entertainment value the service offers. The provider currently offers three tiers for TV plans. Each successive tier gives you access to more channels and premium content. With your TV plan, you can get up to 200 entertainment, news, and sports channels, among other networks.

IFC is an acronym for the Independent Films Channel. The basic cable channel offers independent film broadcasts to over 60% of households in America. Currently owned by AMC, IFC was originally a sibling channel to Bravo under the Cablevision umbrella. By 2010, the channel expanded its programming to include cult series as well as several original TV shows. Around the same time, the channel also flirted with commercials, comedy, and even censorship. When Rainbow Media became a separate entity from Cablevision known as AMC, the Independent Movie Channel moved with it. This is also when it was rebranded to IFC.

Where Can I Find IFC on My TV Plan?

All of the provider’s plans include IFC. But locating a specific channel can often be a drag. Unless you have time to access the interactive TV guide, you’re stuck flipping channels hoping you’ll stumble on the one you need. To help save you that trouble, here are some of the channel positions to find IFC on Spectrum in popular service areas. Remember that the actual positions may vary based on your location:

What’s To Watch on IFC?

While originally focusing solely on independent films, the modern IFC has a broader range of entertainment to offer. The unique thing about entertainment from IFC is that it flips between content inciting intense fear to content eliciting intense joy. While they may seem like polar opposite themes, the channel has successfully managed to attract a large and faithful following. IFC’s current programming includes the following:

The channel offers a large number of comedy-centered programming. Over the years, some of its most successful comedy runs have included:

IFC has also focused on acquiring some of the best TV shows and series of recent times. This expansion in programming has proved successful, thanks in particular to acquired shows like:

IFC has been quick to capitalize on modern digital media. Its stellar web series portfolio is a very good example of its ability to offer relevant and watchable content. This portfolio includes many popular favorites like:

Which TV Plans Include IFC?

IFC on Spectrum is one of the channels that Spectrum includes in every tier of its TV plans. The provider currently offers three distinct TV plans. Read on to find out more about them.

The provider’s TV Select is an entry-level TV plan. It is designed to offer subscribers diverse and satisfying entertainment value on a budget. The plan currently allows you access to up to 150 channels, including local news, regional sports, and other popular networks like IFC.

Spectrum TV Silver is a higher service tier than TV Silver. It offers access to additional popular networks, including premium ones like HBO. It also offers access to the entire TV Select channel lineup, with a total of up to 175 channels included. Of course, this list also includes IFC.

Spectrum TV Gold is by far the highest service tier in TV plans offered by the provider. TV Gold has all of the channels in the lower tiers, plus a range of premium channels and HD options as well. With up to 200 channels included in your plan, you can get access to a rich and diverse lineup, including IFC.

What IFC on Your Favorite Device

If you have access to Spectrum Internet Plans in addition to your TV plan, you can access entertainment programming on a supported device. Using your account credentials, you can log into the Spectrum TV App and watch live TV programming on whatever is convenient for you. The App is available for Android, iOS, Windows, Xbox One, and PlayStation 4 devices. Take your entertainment off the conventional TV screen to any supported device in your home.