What Channel is INSP on Spectrum Cable? 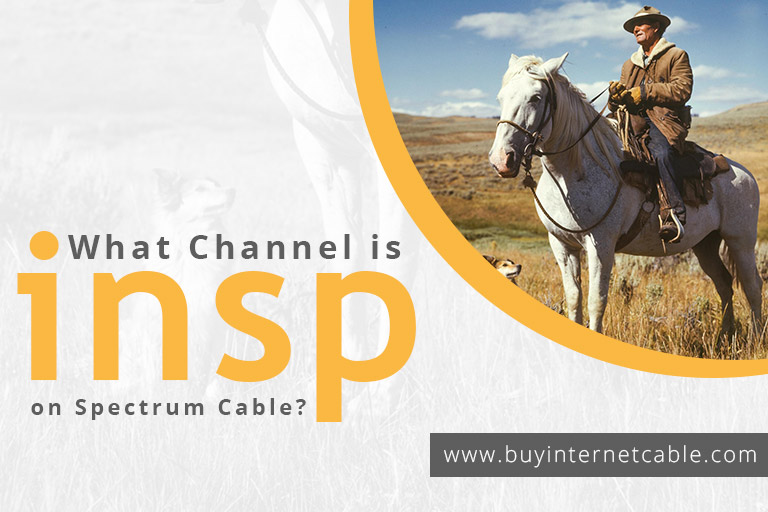 America’s fascination with TV can never really die. Though Hollywood has advanced, the audience still cannot get enough of classics like The Good, The Bad, And The Ugly, and many other rowdy west shows. If you happen to be an old West fan, you definitely need ISNP on Spectrum cable.

Formerly, this network was known as the inspiration network. This American digital cable satellite TV channel is all about family entertainment.

Founded in 1978, originally INSP was a religious TV network. It was the flagship channel for a daily Christian variety program called the PTL Club. In 1990, the network filed for bankruptcy, and it was purchased by Morris Cerullo. In 2010, the network received major rebranding and added family shows to its programming. The network’s name, logo, and tagline were changed. Now, the network features western series and movies and some religious programs in the early morning.

Their new slogan “heroes live here” fits the current programming of the network. Bounty hunters, nomadic cowboys, outlaws, and some other rowdy western shenanigans are what you will be witnessing.

If you already have one of the Spectrum TV plans, you just need the channel number to watch ISNP on your TV. The channel numbers vary based on the city/state you reside.

In case you do not locate your city in the listing, contact customer support and let them know your ZIP code.

Top Shows to Watch on INSP

Like the History Channel, INSP has programming that keeps you glued to your screen.  Let’s find the names:

This TV series originally appeared on NBC in 1959, lasting 14 seasons. It airs on INSP as well. It is the longest-running western series, and it’s among the top 10 longest-running live-action American series.

Bonanza sets in the 1860s, centring on the wealthy Cartwright family living in Virginia City, Nevada. The show chronicles the weekly adventure of the family headed by Ben Cartwright. It’s an extremely heartfelt show about friendship and love. Bonanza is also known for presenting pressing moral dilemmas.

It’s the first-ever competition series on INSP. This season, 14 determined cowboys head to the Texas ranch to out-cowboy the competition. These contenders must perform several gruelling challenges, and a panel of experts judge them based on skills, grit, knowledge, and passion.

This documentary drama series chronicles the Wild West’s tall tales that made it to the front-page headlines. It’s exciting to hear the most notorious events from the mouths of the characters who actually lived through them.

Bat Masterson, the Sherriff who has traded his badge to become a newspaper reporter, shares the vivid memories of the notorious characters from the west such as Annie Oakley, Butch Cassidy, Wild Bill Hickock and more.

Gunsmoke was originally a radio show. It came to the TV when westerns were written for a young audience. This show, on the other hand, appealed to adult viewers. The show features Dodge City, a two that shares arguments, saloon brawls, Indian threats, and bank robberies. Marshal Matt Dillon is responsible for maintaining the peace of the town and keeping the citizens safe. Sir Dillon is not an ordinary man, he solves crimes by chasing down the clues, and he is also a keen observer.

Based on the best-selling historical novel, Centennial follows Centennial, Colorado, which is a fictional town. The show takes its viewers back to 1795, where you will find the love, hope and dreams of the early settlers. You will also find the settlers clashing with the natives and a murder mystery that takes up to 100 years to solve.

Which Spectrum Tier Do You Need to Watch INSP?

Does the list of all these exciting western shows make you want to watch INSP as much as you prefer watching HLN or some other channel?

Well, to watch INSP on Spectrum, you may go for any Spectrum cable tier. It’s included in the channel lineup of TV Select, Silver, and Gold plans.

INSP gives a good flavour of west shows, both classic and latest. Apart from shows, the network features a plethora of west movies from the past. It’s a whole package of entertainment!