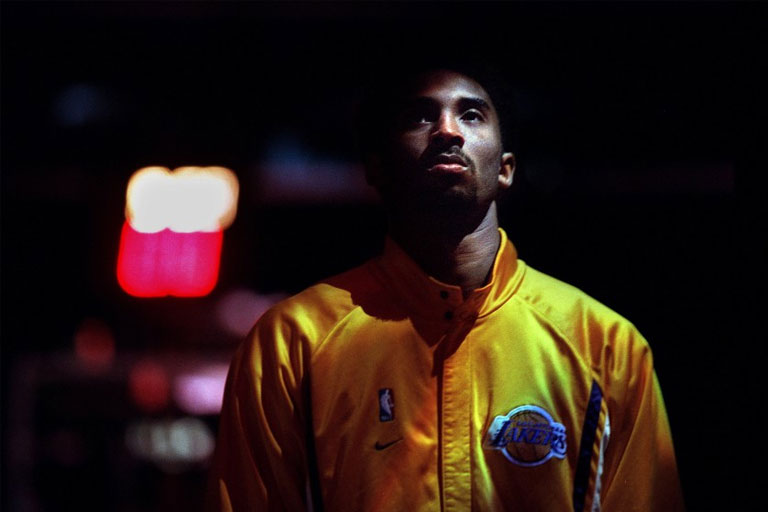 Kobe’s wife, Vanessa Bryant was not on board.

As reported so far, the private helicopter he was traveling in crashed because of foggy conditions and burst into flames in the hills right above Calabasas. 9 people were on the copter – 8 passengers and a pilot. Los Angeles County Sheriff Alex Villanueva hasn’t confirmed the names of the ones who have died. The authorities want to notify their next of kin first.

Other than Gigi, Kobe and his wife have three daughters – Natalia, Bianca, and Capri who is 6 months old.

What Do We Know About The Crash?

Bryant and the passengers were boarding in a Sikorsky S-76B manufactured in 1991. The helicopter departed the John Wayne Airport on Sunday at 9:06 am. The copter passed Boyle Heights and circled over Glendale. The crash occurred before 10.00 am near Las Virgenes Road. The 911 call was received at 9:47 am. When the firefighters arrived, the crash had already ignited a brush fire in steep terrain. Since it’s a terrain, the authorities say it would take weeks to recover the bodies of the victims of the crash. 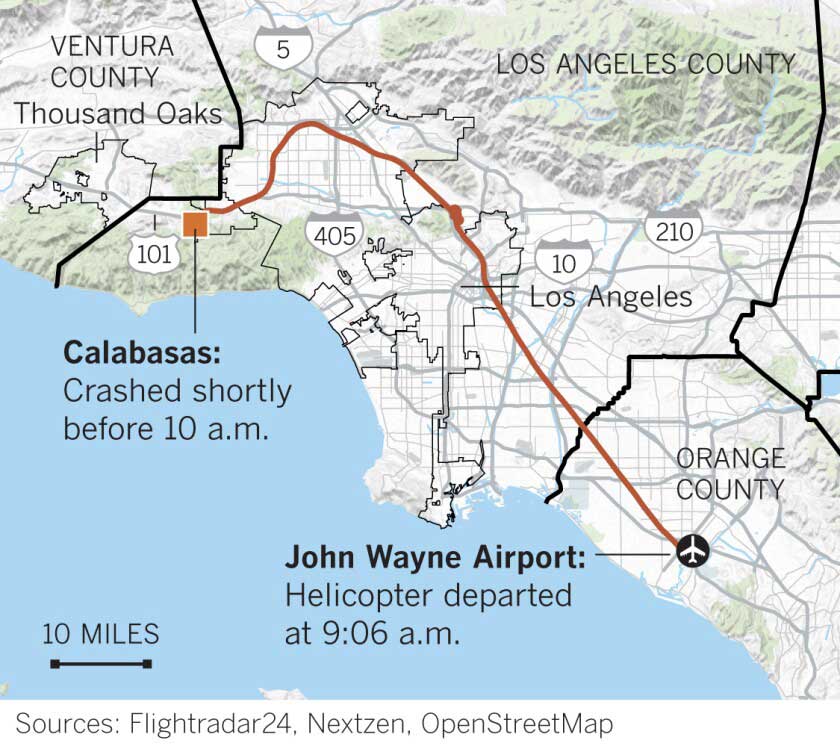 The fire included magnesium, which is quite hard to extinguish as it has the tendency to react with oxygen and water. The FAA and NTSB are currently investigating the crash.

Pictures from the scene of the accident were shared by the LA County Sheriff’s Department.

Was It The Engine Or Bad Weather?

Kurt Deetz, an ex-pilot for Island Express Helicopters said the crash is more likely to be caused by bad weather than mechanical or engine issues. Deetz used to fly Bryant in his chopper. By judging the field and the flight path, Deetz was of the opinion that the helicopter was traveling too fast, probably 160 mph. After a 40-minute flight, the copter would have 800 lbs. of fuel on-board and it’s enough to start a huge fire.

The authorities are still working on retrieving the bodies. Unfortunately, there are no survivors. Altobelli, Orange Coast College Baseball coach along with his wife and daughter were also on board.

One witness said they didn’t hear the sound of an explosion rather it was a loud boom. The entire hill was covered with a black cloud of smoke. Some witnesses also heard the engine of the helicopter sputtering before it went down and crashed.

Who Was Kobe Bryant?

Bryant, 41, became a legend at the LA Lakers. He spent 20 years of his career with the team. He was 5 time NBA champion and named the finals MVP twice. Kobe also won an Oscar for the best short animated film Dear Basketball. This 5-minute film was based on a love letter that Bryant himself wrote to basketball in 2015.

5 times NBA champion, he was nicknamed “the black mamba.” After the news of his death, moments of silence were observed before the Sunday NBA games. He retired in 2016 finishing 2 decades with the Lakers. He held a record in the ranks until Saturday night LeBron James passed his score for 3rd place.  Kobe appreciated him in his last tweet saying “much respect my brother.”
He had also won gold medals at the USA basketball team in 2009 and the 2012 Olympics.

After the news of the crash, fans took social media to pay tribute to the superstar.

Deron Williams said he is lost for words. He won an Olympic gold along with Bryant. He described him as the greatest competitor he has played with and gone up against.

Loss for words right now! The greatest competitor i have ever gone up against and played with. Learned so much from watching you play as a kid. Could never get past you in the playoffs in the west. But had the honor of playing beside you in two Olympics. Can’t believe you are gone. 🙏🏽 for @vanessabryant and their whole family. #mambamentality🐍

Barak Obama, former US President described him as “a legend on the court.” Here’s his Tweet about the legendary player:

Kobe was a legend on the court and just getting started in what would have been just as meaningful a second act. To lose Gianna is even more heartbreaking to us as parents. Michelle and I send love and prayers to Vanessa and the entire Bryant family on an unthinkable day.

The 2020 Grammy ceremony opened with a tribute to Kobe Bryant. Pop start Lizzo opened the show performing “Cuz I love You.”

Later on, host Alicia Keys dedicated the show in the memory of Bryant with an a-capella of “It’s So Hard to Say Goodbye.”

Fans have already gathered at the makeshift memorial for Bryant in front of the Staples Center Sports showing their deep grief and condolences to the family.