What Channel is the Laker Game on Spectrum?

Home » Blog » News » What Channel is the Laker Game on Spectrum? 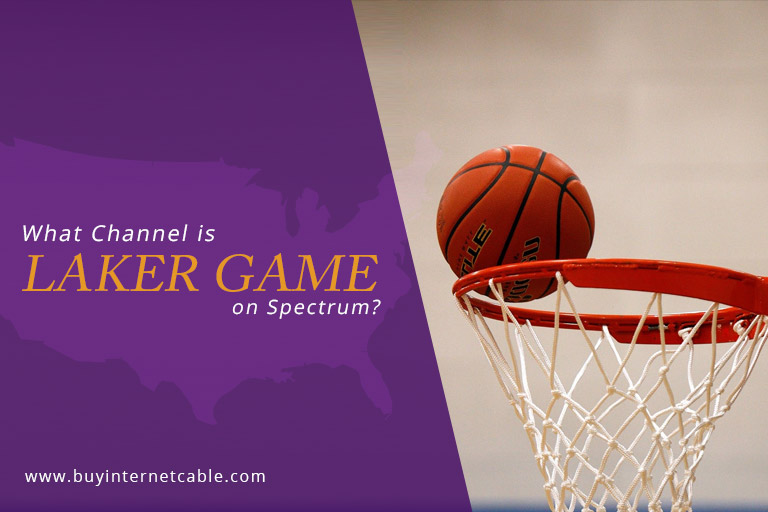 The Los Angeles Lakers are a famous basketball team in a league full of famous basketball teams. The Lakers have a huge following all over the world as well as in the United States. Based in LA, California, the Lakers were founded in 1947. Since then, they have emerged to dominate the NBA. The Laker found it easy to outstrip many other popular teams with 17 NBA victories to date. The Lakers share their homecourt at the Staples Center in California with the LA Clippers and the LA Sparks. To this date, the Lakers still hold the record for most consecutive wins: 33! Here’s how to watch the hotly anticipated Laker game on Spectrum.

Where to Watch The Laker Game on Spectrum

The sports world has had to face unprecedented disruption due to COVID-19. So has the rest of the world, true. But NBA action has always seen sold-out venues during good seasons. The Lakers have consistently attracted huge crowds with nail-biting and stellar performances. However, with the pandemic in full force, it seemed that the 2020 season may not go forward at all. Lucky for NBA fans, the association decided to go ahead with the season at a delayed date.

Needless to say, there have been a lot of changes to the game to make that possible. Little to no crowds are present courtside or in the bleachers. Empty seats watch NBA players battle it out for this year’s title. Of course, that doesn’t mean the rest of the country isn’t watching. Thanks to Spectrum TV, subscribers everywhere will be tuning in to this week’s Lakers game. You can watch the game at any of the following channels, based on your cable plan:

Spectrum SportsNet and SportsNet LA are official broadcast partners to the LA Lakers. Especially in Lakers territory, i.e. California, SportsNet offers the best way to catch the latest NBA action from the Lakers. You don’t necessarily need to watch it on your TV screen either.

If you have Spectrum internet plans as well as TV, you can access the provider’s TV App. This app allows you to watch any programming on any supported device, the same as cable. SportsNet is available primarily in California, Hawaii, and select parts of Minneapolis.

Barring a state-wide Spectrum internet outage (which is rare but bothersome), you should be able to catch the game this weekend. That is, of course, if you’re in Lakers territory with access to SportsNet or SportsNet LA. Both channels are available with all three of the provider’s TV packages. But they aren’t the only options to watch the Lakers.

Where Else Can I See The Game?

NBA TV is the NBA’s official broadcast channel for season games. It also broadcasts NBA content, archival footage, and talk shows regularly. NBA TV is available with the Spectrum TV Gold package, as well as with TV Silver. But it is not available with TV Select.

There are several other channels that you can still catch the Laker game on Spectrum this weekend. ABC has a long and rich history in sports broadcasts. The network is scheduled to broadcast the entire Lakers game, as well as most other games in the NBA season. The same goes for TNT, which has the rights to broadcast the game this weekend as well.

ESPN, of course, is the premier sports entertainment channel. Exclusively dedicated to sports content. ESPN isn’t going to sit behind on the Lakers game. Luckily, ESPN comes on all three cable packages offered by the provider. The same goes for ABC and TNT.

Where Can I Find These Channels?

Each Spectrum channel lineup consists of hundreds of interesting channels and HD options. However, that can often seem overwhelming. especially when you don’t have a TV guide handy to see where the channel you want is. But don’t worry! The following table shows where you can find these channels in some key markets:

Don’t worry if your area isn’t on this list. This is merely to give you an idea of the range between channels available. The actual channels may be on different numbers near you. This depends mostly on your city and state. If you can’t find any of the channels in your channel lineup, reach out to your provider so you don’t have to miss out on the Laker game on Spectrum. Have a great game night this weekend!