LiFi vs. WiFi: A Detailed Comparison 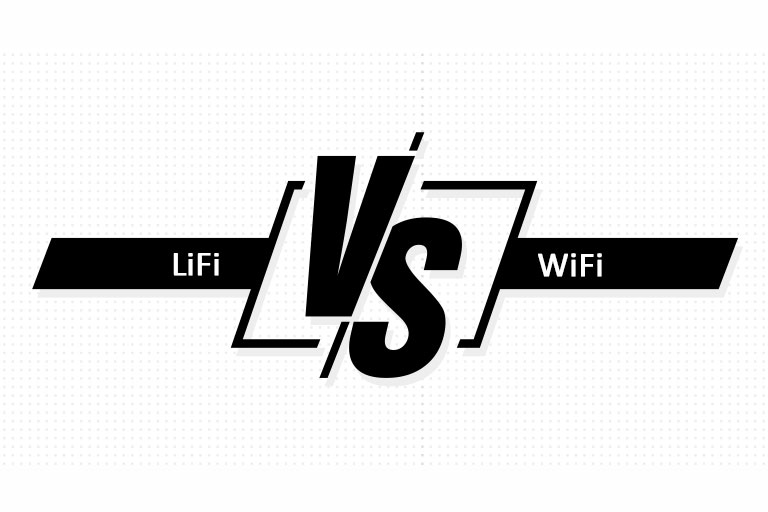 We hail Wi-Fi as a major technological leap in the world of the internet. Today, wireless or Wi-Fi is the most common technology used for telecommunications. The said technology has been established well. It governs internationally under some particular rules.

While you may think that your Spectrum home WiFi is the biggest and the best game in town, there’s another technology, Li-Fi. It is developing at a fast pace. Li-Fi works with zeros and ones over the light waves. Let’s know all the important details about these established and emerging technologies.

Wireless Fidelity or Wi-Fi is a networking technology that makes use of radio waves. As the name indicates, it creates network connections wirelessly. And provides internet access, and transmits data.

The technology became quite popular mainly because users can access the internet via multiple gadgets. And they don’t have to rely on physical wires.

When the antenna of the Wi-Fi modem receives RF (radio frequency) current, that creates an electromagnetic field. This field can propagate through any space. It creates access points for users to connect. The range of these access points is usually around 20-50 meters away from the modem.

Read also: What is Wi-Fi Protected Setup & How Does it Work?

They are used in telecommunications because they are prone to intrusions that may occur in other frequencies. The national laws in compliance with the ITU (International Telecommunication Union) strictly regulate the transmission and generation of the radio waves.

Let’s have a look at the other side of this spectrum. Light Fidelity or Li-Fi lies there! An emerging new technology uses VLC (Visible Light Communication) technology to transmit data. In this type of connectivity, SSL or solid-state lighting such as LED bulbs are used in data transmission.

The access to the wireless network happens when light from the transmitter or source hits the receiver/photodiode. The transmitter emits signals. They translate into useable forms of data, ready for consumption by the users.

Li-Fi connections confine within a given space. Mainly because of the nature and capacity of visible light.

As mentioned earlier, Li-Fi uses visible light. This fact allows the said technology to access a huge range of frequencies available. The reason is that the spectrum of visible light is 10,000 times bigger than the radio spectrum.

The frequency coverage of the visible light spectrum is from 430,000-770,000 GHz. The colors range from near ultraviolet-near infrared.

Read also: What is Wi-Fi 6E? All You Need to Know

LiFi vs. WiFi: Which is Better?

Let’s dig a little deeper to know which one is better on the following matrices:

For Wi-Fi, the available spectrum limits to a range of almost 5GHz. Whereas, Li-Fi transmits via beams of light. The range of these beams is a massive chunk of the entire electromagnetic spectrum. It clusters to almost 500,000 GHz.

Therefore, if we compare, the Li-Fi range frequencies are virtually limitless. And due to this, Li-Fi is able to support a whopping number of users transmitting huge amounts of data.

Wi-Fi’s radio waves and Li-Fi’s light waves differ in many aspects. One of these is signal penetration. When it comes to their ability to pass through various objects, they are not the same. They also differ in the type of obstructions, which stop them.

For instance, solid concrete walls hinder light waves because they have a small wave. Whereas, radio waves pass through walls because they are much bigger in wavelength.

However, light waves pass through water. This feature makes them useful for purposes related to the industry, military, IoT, and so on.

When it comes to which one is a more mature technology, Wi-Fi easily wins. The technology is well established and stable. The set of standards is slowly evolving. This makes it easier to adhere to it for manufacturers and industrialists. Also, a range of predictable, compatible software and hardware products are there for developers to rely on.

Li-Fi, on the other hand, is a comparatively new technology. It will take its time to mature.

The transmission range of a modulated LED is about 10 meters. If you space LEDs over a wide area, a much wider range is achievable. The effective range of Wi-Fi is nearly 30 meters. The typical transmission capacity for both Li-Fi and Wi-Fi can hold much higher values. For now, Wi-Fi remains to be the undisputed champion in wireless data transmission.

That’s exactly why ISPs are relying on the technology. They offer connectivity solutions for modern households. Spectrum Internet Deals is one such offer. And they base on leveraging Wi-Fi technology. We are yet to explore the benefits of Li-Fi in the years to come.