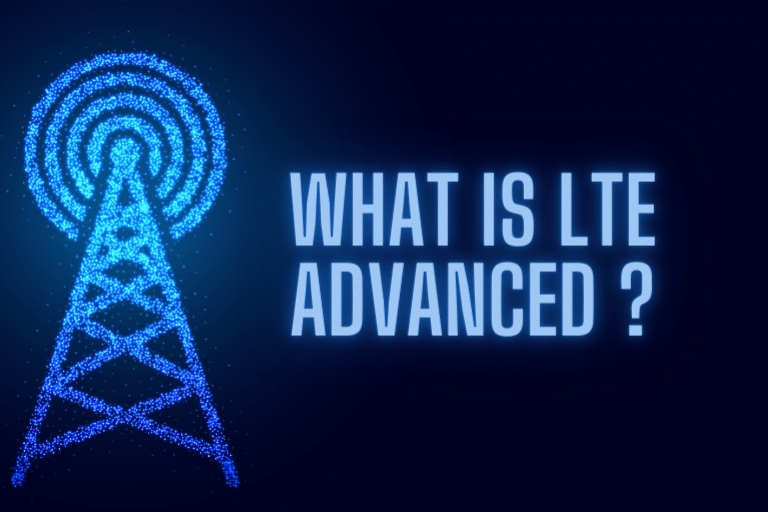 Long-Term Evolution, also popularly known as LTE, has been around for a while. However, LTE Advanced (LTE-A) has been the new talk of the town. So, what is this technology, and why has it been getting so much attention? If you are looking for answers to these questions and are interested in knowing about the key features, benefits, and other information about it, you will find everything here!

What Are LTE and LTE Advanced?

LTE Basic is a cellular service launched in 2010, becoming a standard for broadband wireless communication in data terminals and mobile devices. Its purpose was to improve the speed and capacity of standards (GSM/EDGY and UMTS/HSPA) using different core network and radio interface improvements. However, as great as it was, it needed some immediate improvements and enhancements to become better.

As a result, this service launched shortly afterward as an upgraded version of its predecessor. It comes with additional capabilities like better data rate, improved performance, additional features, facilities, etc.

Many companies are offering this service with all of its new characteristics. Some of the key LTE Advanced features are as follows:

As there are many revamped features and capabilities of this service, it offers users plenty of benefits, which further adds to its popularity and usage. Here are some of the pros that you need to know about:

The primary advantage of this service seems to be deeply rooted in the carrier aggression mentioned earlier. It is an innovative modern feature that provides the groundwork for LTE-A. Carrier aggression allows data transmission to devices like wireless routers over several different network bands simultaneously, and it does it through one aggregated data pipe. Previously, this was not possible, and devices were under-utilizing their network resources, which was negatively impacting the quality of service.

Another essential benefit of this service is that it is way more reliable than the basic version. Since it utilizes several different frequency bands simultaneously, it only takes a few milliseconds for devices to switch between frequency bands. Hence, it is practically impossible to interrupt the connectivity. Plus, even if a single band drops, your device will stay connected through a second band within the aggregated data pipe.

Spectrum internet speeds have already been impressing its users, but they have become even better after applying the advanced version of LTE services. LTE-A is about three times the speed of the basic LTE, meaning that it significantly improves the overall network performance. Several companies, experts, and researchers have conducted speed tests on LTE-A services, and all of them have the same remarkable positive results.

As mentioned earlier, many aspects of LTE basic negatively impacted the quality of service (QoS). LTE Advanced has a design that focuses on improving this aspect. It has a much more efficient protocol of packet scheduling. Plus, it enables different carriers to manage their radio frequency resources in a more flexible way. As a result, you have a much lesser chance of losing data between transmissions because of the more efficient routes. Hence, now businesses that run on wireless networks and heavily rely on their efficiency can create applications on higher bandwidth. In addition, the software and systems will now work faster and potentially get better cloud storage. It can also boost Spectrum internet speeds.

The service is currently available all across the United States, and it continues to expand. As a result, the service will be largely available and easy to access for users everywhere. That, and the compatibility discussed earlier, make a collective benefit of this new technology.

LTE Advanced versus Other Technologies

Companies like Spectrum Internet also host other technologies. So, one must assume that there is something significant about this service that makes it different from the others. Here is a detailed comparison of LTE-A other technologies:

LTE Advanced has successfully taken over hearts, and companies, by offering all the advanced features and facilities that basic LTE lacked. As a result, you can get this service at many different network companies, probably even at your favorite one. Also, since it is available almost everywhere in the United States and does not have a lot of compatibility issues, getting access to it will be pretty easy!

How fast is LTE Advanced?

What is the difference between LTE and LTE Advanced?

LTE is a type of wireless technology that offers 4G. LTE Advanced is a more advanced set of
technologies that deliver speedier connections.

Where is LTE Advanced available?

It is currently available all across the United States.