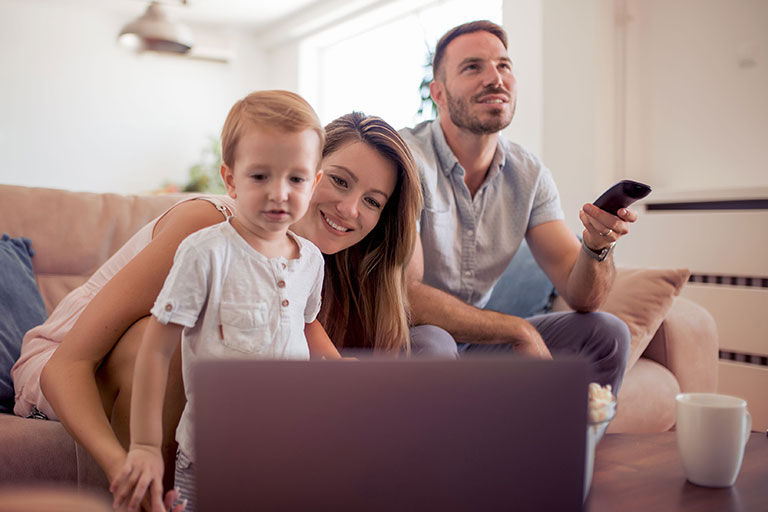 Saying that the television industry is going through a change is an overused understatement. TV is going through a rapid, and sometimes confusing, evolutionary process. Broadcast giants like TimeWarner and the Fox Network are facing intense competition from game-changing new arrivals like Netflix and Amazon Prime Video. However, despite all this turmoil, viewers are still coming out on top with better-than-ever content.

Let’s take a bird’s eye view of the state of TV right now. Streaming services are challenging standard broadcast TV. Viewers are more vocal than ever with complaints about a network or service’s decisions or shows. Networks are competing at a frantic pace to come out with better content than their competitors. The cord-cutting movement is growing stronger. What does all this mean for TV? This blog explores the following trends in modern TV consumption:

Let’s take a look at these trends in more detail below.

However, this can be a double-edged sword as well. When viewers get too attached to a TV show, there can be a significant backlash when the network cancels it. People have become very vocal, and social media offers a platform for people with similar interests to get together. This means that when a fiasco like Game of Thrones happens, the audience can get extremely agitated. In many cases, it can lead people to give up their TV plans altogether.

This does mean the audience has a much more powerful voice on television than ever before. Consider Brooklynn Nine-Nine for example. The show was canceled by Fox after 5 straight seasons. Viewer uproar was so vocal that a day later NBC announced it would now carry the show and make a new season. Check out this blog from Glamour that covers the entire saga in detail.

TV audience demographics have changed from a primarily male audience to one that is more female-dominated. This research from Brandwatch suggests women in creative occupations with an accompanying interest in music are the ones discussing television the most.

Of course, a lot of these demographics vary from one specific TV show to another. However, it does seem apparent that women discuss their TV shows more. This calls for networks to dig deeper into the audiences watching specific television shows. Networks will discover more factors that motivate their audiences and target them accordingly.

There is a growing movement of American viewers canceling their cable and pay-TV subscriptions in favor of over-the-top streaming services. Part of this trend is due to the fact that cable has grown expensive over recent years, despite many affordable cable TV packages. But the other part is the convenience of on-demand streaming anywhere with an internet connection.

A few well-known examples of such services include the following:

The cord-cutter movement is only going to grow. In 2018 alone, cable and TV providers lost more than 2.9 million subscribers. In the same year, non-pay TV households stood at an estimated 31 million. This may be the reason why networks like Disney and tech giants like Apple are working on their own streaming services to capitalize on a growing audience.

The Future of TV

As more and more households subscribe to internet and TV bundles. The future of TV and social media are interconnected. TV shows like Game of Thrones or Brooklynn Nine-Nine amass a very large following on social media like Facebook, Instagram, and Twitter. This, in turn, gives networks the motivation they need to keep the show going. At the same time, social media helps generate views exponentially for each person who posts about the show online.

This means networks need to start creating shows keeping in mind the social engagement angle. Shows need to have complex characters instead of one-dimensional good guy/bad guy scenarios. This helps audiences connect more strongly with on-screen characters. Shows also need to have “meme-ability”, meaning the content should be appealing for people to start making and interacting with memes related to the show.

BBC used social analytics for Killing Eve, one of the most popular shows on British television. One of the ways they did this was to monitor emotional reactions around particular parts of the show. This lets them understand how passionately people feel about the show, and what their emotional reactions are as the show progresses.

The future of TV depends on networks connecting with their audiences. Networks need to use social analytics to understand their audiences, and they also need to introduce a framework where audience opinions get due respect. Understanding the trends as they happen today is key to keeping TV alive in the future.