What Channel is MSG on Spectrum?

Home » Blog » News » What Channel is MSG on Spectrum? 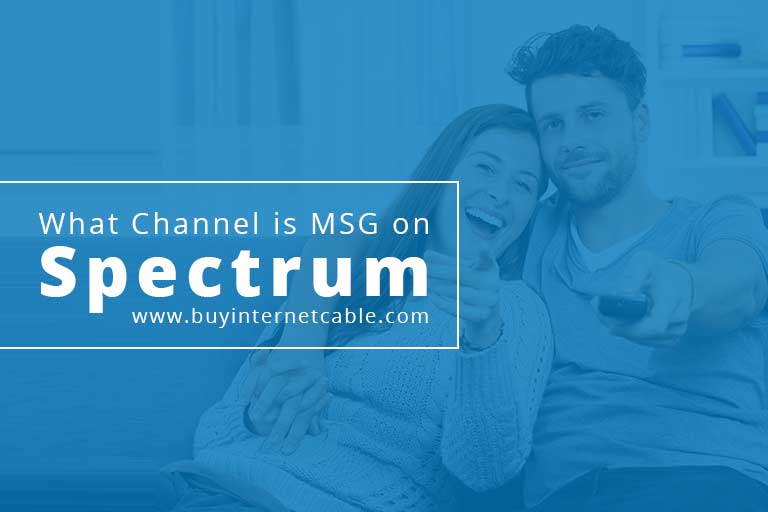 MSG, a network that debuted the NHL hockey game between the New York Rangers and the Minnesota North Stars, is now a go-to channel of sports fanatics who have Spectrum cable. To find MSG on Spectrum and to learn what this network has to offer, dive right in.

About the MSG Network

MSG is a regional cable, satellite TV network, and radio service owned by the MSG network. The primary audience is the Mid-Atlantic region, and the programming focuses on events featuring New York City sports teams. It also airs live games of New York Knicks of the NBA and other NY teams of NHL and MLS. This network is named after Madison Square Garden sports.

The network debuted in 1969 with an NHL hockey game and bagged the name of the first regional sports network in North America. For years, it was temporarily named the Madison Square Garden network. In 1980, it started using this name officially and abbreviated it to MSG Network. Also In 1988, the network became the first to secure local TV rights for broadcasting the MLB game.

In 2006, the network went through an extensive rebranding. They even introduced a new logo, and the word network was removed from the promotions. The network also started incorporating entertainment programmings such as concerts, boxing, and wrestling cards. In 2015, sports and entertainment arms were separated. MSG now only broadcasts sports.

Apart from MSG, secondary channels are available as well. These include MSG Plus, MSG2, and MSG Plus 2.  These variants serve to assist the network in scheduling sporting events it carries. These variants are not available outside New York City. They are carried by a few providers only.

Honestly, it can be a hassle to find a channel if you don’t know the right channel number. Some networks have universal numbers across all cities and states, while others vary. In the case of MSG Network, the channel number varies by state.

No need to manually search for them. This table brings you channel numbers in popular cities and states:

What to Watch on MSG?

You would want to check the Spectrum TV packages carefully before signing up for their cable services to be sure MSG is covered in the plan you settle for. Honestly, so much is available to watch. Here are your options:

This program features interviews with coaches and players. They are interviewed in their athletic environment. The show is hosted by Fran Healy.

This is a general entertainment late-night talk show hosted by Scoop B.

This program features interviews with popular players and coaches from a variety of sports. The show’s host is none other than Fran Healy.

There are some online programs too, majorly podcast, which are exclusively available on MSGNetworks.com. It all started in 2006. You won’t be able to watch MSG on Spectrum. They are only available on the network’s official site.

This podcast debuted in 2006. It’s a baseball podcast held weekly hosted by Fran Healy and Matt Loughlin. The guests on the episodes include players from MLB. Joel Sherman, MSG baseball analyst, and NY post columnist is also among the contributors of the program.

The Week in Hockey

It features guests from HBL and MSG networks, giving you all juicy details about hockey, including expert opinions.

This podcast also debuted in 2006. It’s all about basketball, and the hosts include Gus Johnson, Walt Clyde Drazier, and John Andariese. Each host does its own thing. For instance, Johnson gives a recap of the NBA news, Frazier answers fan emails, whereas Andariese delivers basketball stories.

Spectrum Internet and cable subscribers are in luck because TWC has a cable monopoly in most upstate New York. Hence, MSG is covered in its basic tier in most areas of New York. Subscribers might receive MSG Plus with a digital receiver only.

Now that you know the MSG channel number in your city/state and what programming is available, tune right into the network. Weren’t able to find the channel in your state? Dial Spectrum phone number and ask an agent for help.