What Channel is NASCAR on Spectrum?

Home » Blog » Guides » Channel » What Channel is NASCAR on Spectrum? 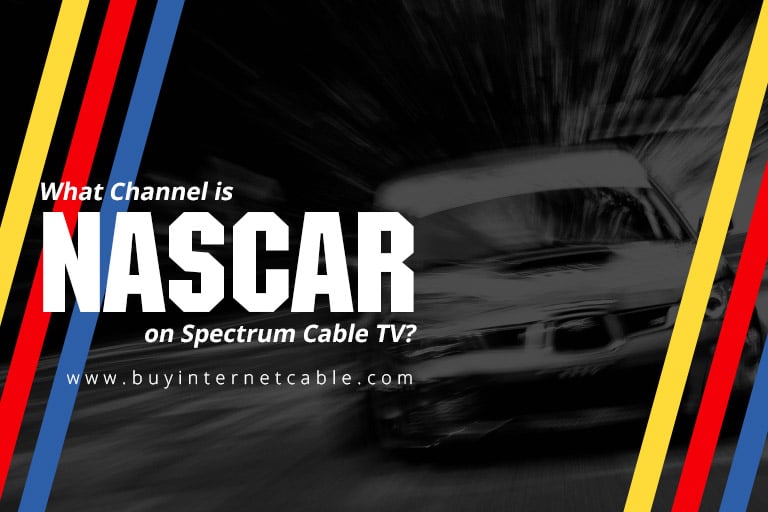 Racing has captivated humans since even before automobiles were invented. And the race cars of today are far more powerful than any vehicle that ever preceded them. Formula 1 racing by far is one of the most prestigious and most-watched race events of the year. But America’s own NASCAR is just as popular with racing fans everywhere. Read on to find out more about NASCAR on Spectrum and where to find it in your Spectrum cable channel lineup.

Everything About NASCAR on Spectrum

NASCAR racing has been steadily gaining popularity in the United States for several key reasons which we will look at later. But this popularity has made it a high-viewership family sport, as homes all over the country are glued to Spectrum TV Gold this season. Learn more below:

Even casual observers can tell that NASCAR cars look very different from Formula 1 racecars or even your average sports car. That’s because they’re stock cars. The National Association for Stock Car Autoracing LLC or NASCAR is a privately owned company headquartered in Daytona, Florida. If you think that rings a bell, it’s probably because Daytona is home to the famous Daytona Speedway. The Speedway has been the stage for many memorable victories, tough losses, and terrifying crashes. With vehicles going at insanely fast speeds, roaring past crowds of spectators and cameras, NASCAR racing is one of the most sought-after coverages in cable subscriptions.

With over 1,000 races, 100 racetracks all over the country, and millions of viewers nationwide, NASCAR is racing entertainment unlike any other.

Between the 1920s and 1930s, Daytona Beach became the location of choice to establish land speed records. The large number of land speed records set on the 4.1-mile long course put Daytona right next to “speed” in racing minds. But the history of “stock” cars is even more interesting. During the Prohibition Era, moonshiners made a killing, but it was usually the bootleggers that were dodging police and almost certain convictions.

To improve their chances of escape, early bootleggers began choosing vehicles faster and smaller vehicles to evade police pursuits. The more mechanical-minded bootleggers even started making modifications such as improving the suspension for better handling or boosting the power output for more speed. This was, of course, in addition to mods they already knew how to make, such as extra cargo space for more moonshine. Moonshining and bootlegging mostly dried up after Prohibition was repealed. But by then, many had acquired a taste for the adrenaline rush that comes from speed, and soon races were organized with these stock vehicles. Vehicles that were usually modified heavily. There is nothing stock about modern stock cars in NASCAR, but the moniker is still in use today.

NASCAR Is Proof That Cord-Cutting isn’t the Answer

NASCAR routinely attracts capacity crowds at nearly every race venue. But that is still small in comparison to the millions who tune in on their TVs for every major race. There are even more watching the final race of the season each year. In fact, NASCAR is a great example of why cord-cutting may not always be a good idea. Streaming services like Hulu Live often allow viewers in other markets to follow their favorite race teams. But in case of delays or problems with the race event itself, streamers can find themselves shut out without knowing why. On the other hand, cable subscribers and over-the-air antenna users can still watch the broadcast on networks like ION Television while everything works out.

As cable services go, the provider has one of the best ones out there. With huge channel lineups with every cable plan, you have access to a wide range of entertainment even without NASCAR. From kid-friendly shows on Nickelodeon to crime TV on HLN. That’s not to mention access to premium TV and sports entertainment with networks like HBO, Showtime, and ESPN. Sign up for your subscription today.