What Channel is the Ohio State Game on Spectrum?

Home » Blog » FAQ » What Channel is the Ohio State Game on Spectrum? 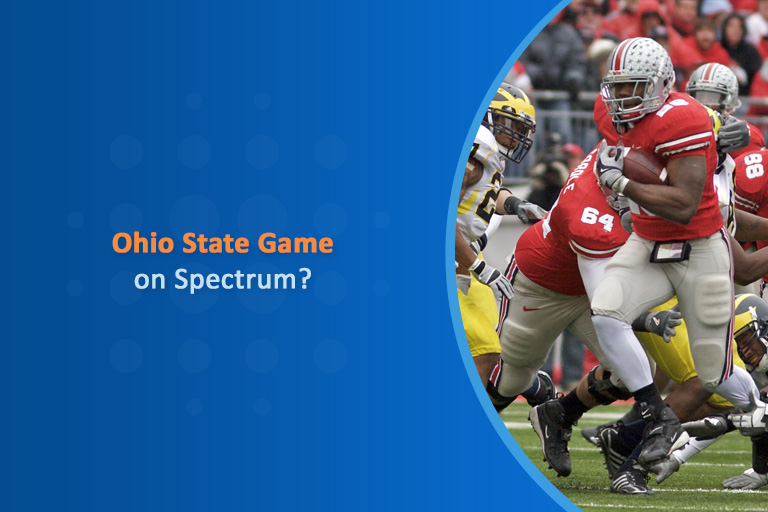 It’s turning out to be a good year for college football, despite the ongoing coronavirus pandemic. We will be treated to several intense college games over the next few weeks. All of these have been made possible through stringent safety measures and comprehensive precautions. One of the most hotly anticipated showdowns in college football is just around the corner, as the Ohio State Buckeyes take on the Nebraska Cornhuskers. If you’re planning to catch the Ohio State game on Spectrum on the 24th of October, 2020, read on for all the details on where to watch it.

The COVID-19 pandemic has been extremely taxing for everyone in many ways. The most obvious problem is the need to stay indoors or risk exposure to contagion and possible death. That’s not to mention the fact that it has decimated the US economy, triggering record-breaking unemployment levels and a severe economic recession. Hoarders and price-gougers have been making problems for the rest of us when it comes to essential items like medication, sanitary products, or even food. It is very clear to almost everyone that the world is going through unprecedented times.

Perhaps being stuck indoors wouldn’t be so bad without the right form of entertainment. Lifestyle, reality TV, documentary, news, and original TV show fanatics have been getting their entertainment doses more or less as usual. However, sports fans have not been so lucky. The inability to watch live sports is new to most Americans who love to host game nights or even just lounge in front of the TV watching MLB games on your own. In fact, as far as live sports entertainment goes, UFC has been the only content available. This hasn’t just had an impact on our entertainment needs, but also on our social patterns. While the resumption of college football games might seem like a small thing to be cheerful about, it still means a lot to sports fans who have been deprived of entertainment for too long.

What Channel Is the Ohio State Game on Spectrum?

Ohio State has long been a major force in the college football world. The college team has consistently offered viewers some of the most exciting pieces of football anywhere outside NFL games. As the season proceeds, we will see Ohio State go head to head with their fierce rivals, the Nebraska Cornhuskers on the 24th of October 2020. It promises to be an exciting, action-packed game, which is something that sports fans will welcome joyfully, considering how deprived they have been lately. If you’re anticipating a fun time watching college football, here’s where you can find the Ohio State game one Spectrum:

What Spectrum TV Plan Do I Need to Watch NCAA Games?

Like many providers, Spectrum offers tiered TV services. The TV Select plan, which is an entry-level package, contains a respectable 125+ channel lineup. It has a selection of diverse channels to cater to a variety of entertainment needs, including live sports. However, this plan does not include several premium sports networks like ESPN. The mid-tier TV Silver and premium TV Gold plans are much more suitable for serious sports viewers.

Both of these plans contain a large number of sports channels that broadcast live content. That includes the ones listed in the table above. Subscribe to Spectrum TV Silver or higher to make sure you never miss an NCAA college football game again. That’s not to mention that every TV plan comes with free access to the Spectrum TV App. This means that you can watch the TV channels in your plan on any of your devices, without having to worry about missing out on your sports content.