What Channel is SEC Network Spectrum/TWC? 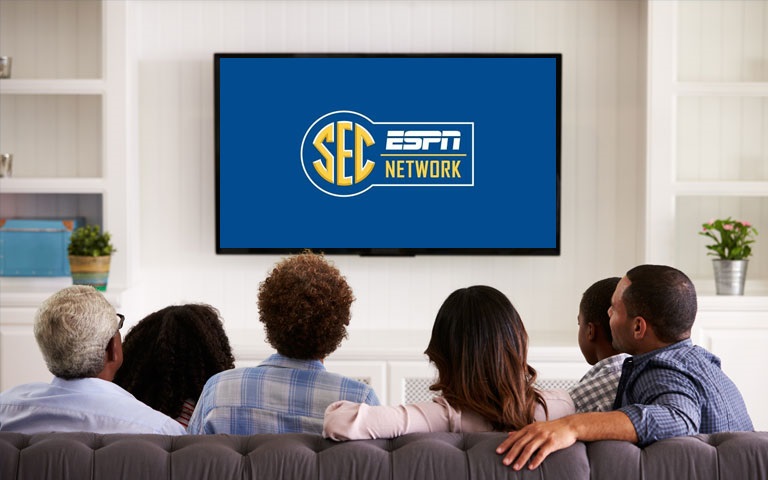 College sports have never been more popular than they are today. The SEC Network has one of the most comprehensive coverages for college sports in the country. Millions of sports fans watch SEC Network on Spectrum each day. So it can be frustrating if you want to watch your favorite team and can’t find the channel number.

Use this guide to find the preset channel number you can tune-in to for the SEC Network.

Where Can I Find SEC Network on Spectrum?

Though the SEC Network airs on different channel numbers in different locations, there is an upside. The show schedule and air times do not change. So that means you can still catch your favorite teams at the same time as always. Unless you have traveled to a different time zone, of course. If you have, you will need to check up on programming schedules accordingly.

Here are the channel numbers where you can watch SEC Network on Spectrum:

You might not have found your state mentioned in the table above. But you can still find the channel number for the SEC Network on Spectrum in your city/state. You can search for the channel number in your location by following these directions:

Using the same steps, you can also find the channel number for other networks like Fox. Just substitute ‘SEC Network’ for the name of the network you want to find.

There is an interesting reason behind this. When cable service providers were still new in the country things like Spectrum packages didn’t exist. So we used to get cable from local service providers. These small, family-owned, local cable providers would be allotted specific areas. They would receive all the channel feeds and redistribute them to their customers. Before redistribution, they would assign channel numbers for each network.

Much later, larger cable companies started offering cable services directly to customers. So why didn’t they change the channel numbers of networks like HBO then? Because companies wanted to make the shift as smooth as possible for the customers. So to assign new channel numbers would only make matters worse. Also, customer service was not as advanced as it is today, so handling customer queries would be challenging.

A little about SEC Network on Time Warner Cable

The SEC Network was launched in 2014 by ESPN, the country’s leading sports network. The SEC Network is, in fact, a joint venture between ESPN and The Walt Disney Company. The channel was created to cover a popular sports division in the country. College-level sports.

The SEC Network on Time Warner Cable enjoyed immediate popularity since there was a lot of demand for coverage of college sports. The main focus of the channel is on Football, Basketball, and Baseball. Three of the most popular sports in the country today.

The popularity of a channel usually depends on the quality of its programming. And the SEC Network channel offers some of the most informative shows. If you follow college sports from the schools in the Southeastern Conference then these shows are a must-watch for you:

SEC Nation is both informative and entertaining. The show previews college football games. And follows the format of College Gameday. It is a weekly show so if you miss a broadcast, you can likely catch a repeat later in the week.

Relive your favorite moments from college sports with SEC Rewind. The show covers all the major college sports, in a documentary format.

SEC Storied is a documentary series. The series focuses on teams, athletes, behind-the-scenes, and special moments. It is your best source of Southeastern Conference related insights.

SEC Football is one of the most popular segments on the SEC network. It offers viewers a live presentation of SEC football games.

The purpose of this guide was to help you find SEC Network in your area. If you aren’t able to locate your state in the table included in the guide, there are other methods. The easiest is checking online using the steps outlined. Or else you can also contact Spectrum customer service. They will be able to give