Spectrum Hidden Costs: What You Need to Know? 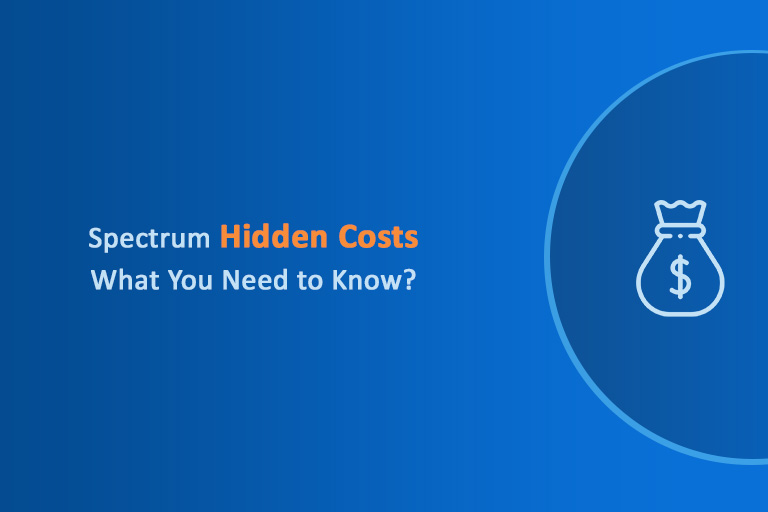 You subscribe to your new telecommunication service and are glad that you got the best deal. The whole month passes by and you look back at how amazing the cable TV, Internet, and phone service that you subscribed to were for the whole 30 days. Life’s good and you feel proud of yourself for subscribing to the best service available. However, at the end of the month, you receive your bill and to your surprise, the Spectrum hidden costs is much more than you expected.

All these costs are the ones that you were not aware of. In case, you do not have to face any such surprises when it comes to Spectrum services, here are all the extra payments.

No one cost fits all plans. Every plan comes with different Spectrum hidden costs that you do not see when the affordable price tag of a package excites you. In case, you are still unaware, here is a table summarizing them all for you:

Prices for the various packages are straightforward. Here is a list of all the TV packages and their promotional prices. Labeling it as promotional as these prices are only valid until 12 months of you subscribing to the service. After that, expect to pay a higher amount than you would for a year.

Note that these prices do not include the taxes or any other fee mentioned in the table. Also, you should expect the price for a plan to increase by as much as $35 after the 12 months period ends. Note that every service has a different increase in prices after 1 year of you subscribing to them as well.

However, the best part is that there are no contracts involved in Spectrum. So, you can always choose to change the package or the service provider after a year.

It is not the service providers’ fault that you have to pay these taxes and fees as the federal government asks them to do the same. Although the taxes and fees vary from region to region, some of them are the same nationwide. And if you think that you can somehow avoid paying these, you are wrong. But you can learn about these fees here so that the bill (that surpasses your expectations by a great deal) does not anger you.

So, the fee that everyone subscribing to Spectrum’s Broadcast TV has to pay is $13.50 each month. Other than that, if you are subscribing to Regional Sports, expect to get an extra fee for that as well.

Other than that, get ready to pay all of the following fees too:

Just like the TV service, there are some Spectrum hidden costs when it comes to internet service as well. Here is a table summarizing all these costs:

If you wish to know the prices for the individual Internet plans that Spectrum has to offer, then you should know that the stand-alone Internet service comes as one plan only – the Internet Only plan. And it will cost you $49.99 per month. You get access to 100 Mbps of the Internet as a part of this plan.

However, note that the speed may vary according to the region that you are living in. This is due to the infrastructure that the company has. And this might not act in your favor especially if you live in a region where 100 Mbps speed is not available. Because that would mean you paying the same amount as others for speeds that are not as high as they are getting.

Other than that, expect the plan’s price to rise after 12 months of subscription. Note that the Internet Plan is the widely available one. However, Spectrum introduced its Spectrum Internet Ultra and Spectrum Internet GIG plans as well but they are available to limited regions. You get access to 400 Mbps and 940 Mbps of speeds as a part of these plans (if they are available in your region).  As far as the price is concerned, the plans cost $69.99/month and $109.99/month respectively.

Other than these, you would have to pay the following as a part of your Internet service subscription:

Spectrum’s Internet service is one of its kind as it offers blazing fast speed and there are no data caps involved.

You cannot escape paying any of these fees. However, you can play it smart and bundle the Internet with TV. That is not only a cost-effective option but it will also save you the hassle of dealing with different service providers. For more details, you can reach customer support.