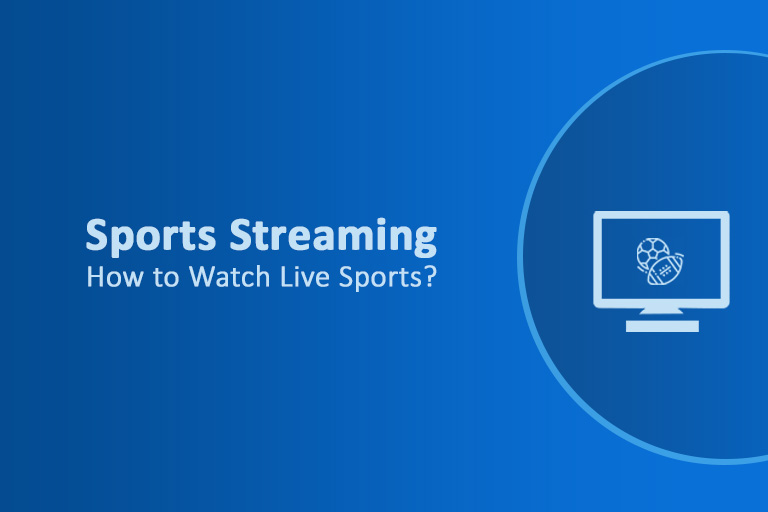 Professional sports leagues are finally back in action across the globe. Sports fanatics have been relying on re-runs and highlights of their favorite sports tournaments during the COVID-19 crisis. Now is finally the time to watch live sports again with all the zeal and zest!

When it comes to watching sports, streaming is becoming a legit option. With more and more people ditching the conventional cable TV services, streaming has emerged as a great replacement. Find out all about which major sports leagues are back in action and how can you watch them live.

How Can You Watch Live Sports?

Below are all the services and channels for you to binge-on live sports categorically. Explore your options!

NBA fans were disappointed because the NBA season was badly hit by COVID-19. But you can cue your air horns now because the league play is resuming on July 31st. The season was quite delayed but it is finally back with a bang.

Looking for the best ways to watch NBA TV live? You have streaming services options like Sling TV, DISH, and NBA League Pass. DISH and Sling TV is comparatively cheaper bargains. So, don’t miss Pelicans and Jazz tip-off on 30th July in Orlando.

Waiting for MLB season 2020? The first pitch started off on July 23. Now that the MLB league has started, most of the MLB games will air on channels like ESPN, FOX, TBS, and MLB Network. So, if you have a Charter subscription, Spectrum sports channels include most of these. In addition to the aforementioned options, Xfinity airs all 6 MLB channels. Among satellite TV services, DIRECTV is a good option. The best streaming services are MLB.TV and YouTube TV.

Premier Leagues are also on their way back. Liverpool has already been crowned the league champ. Being a US resident, to catch the 2020 season, all you need is NBC and NBC Sports. Luckily, both these channels are a part of channel lineups of all the popular satellite and cable TV providers.

You can find them on many streaming services too.

Among streaming services, PGA is available on Amazon Prime Video. You can also watch it free on NBC Sports.

Bellator, the other major MMA outfit, has one confirmed TV event so far. It is scheduled for October 3 in Dublin. The main card for Bellator Europe is Patricky “Pitbull” Freire vs. Peter Queally. You can view it on the Bellator app for Android and iOS.

The UFC is ahead in the battle with televised events live from Las Vegas. The UFC Fight Night (Tyron Woodley vs. Gilbert Burns) has already been aired on ESPN on May 30. The last UFC event was on June 6, Amanda Nunes vs. Felicia Spencer, and ESPN Plus aired it. The rest of the UFC schedule is not yet known.

Major Soccer League games are back from July 8. The exact schedule of the broadcast is still to be determined. But you can watch live sports on channels like ESPN, ESPN Plus, and other regional sports networks.

You can catch MLS kicks with most of the satellite and cable TV providers. For live streaming, ESPN Plus and Sling TV are good options.

Fans have been passing time watching classic yesteryear NASCAR races on FS1 or FOX Sports app. But guess what! You are going to enjoy a full summer of NASCAR live events. Alsco Uniforms 500 began May 28, followed by 25 NASCAR races to air live.

The channels, which aired them are FOX, FS1, NBC, NBC Sports Network, and so on. They will continue until November 8.

Fan of Bundesliga? You can watch it on FOX Sports 1 and 2. Most satellite and cable TV services have these two channels on their channel lineup. The options in streaming services are Sling TV and fuboTV.

ESPN and ESPN 2 are currently re-running Korean baseball games. You can watch them on satellite and cable TV services. The streaming service option is Sling TV. You can watch both these channels on its Orange package.

The NSWL has already returned to action since June 27. But it didn’t follow the format of a regular-season/ there was a tournament to kick off the season. The 2020 NWSL Challenge Cup has marked the return of the league after COVID-19. It is featuring 9 different teams.

The 25-game tournament will continue from June to July 26. While spectators to watch the live event will not be there, fans can catch the games via CBS All Access.

Did you know that unlike many other sports, professional wrestling never stopped during COVID-19! You can enjoy live pro wrestling on some of the top streaming services like AT&T TV Now and Sling TV.

The events, both prerecorded and live, have been slightly weird and offbeat because there is no audience to cheer and boo. WWE, the pro wrestling giant, is slamming forth Raw on Mondays. You can watch it on USA Network.

You can also watch SmackDown on FOX every Friday and NXT on USA Network every Wednesday. For PPV events, you can watch live sports on the WWE Network app.

The pro esports is alive and well. Viewers enjoyed the Call of Duty already. For live games and updates, you can subscribe to the YouTube channel of the game. You can also watch tons of live esports games on Twitch and YouTube Gaming.