What Channel is Sunday Night Football on Spectrum 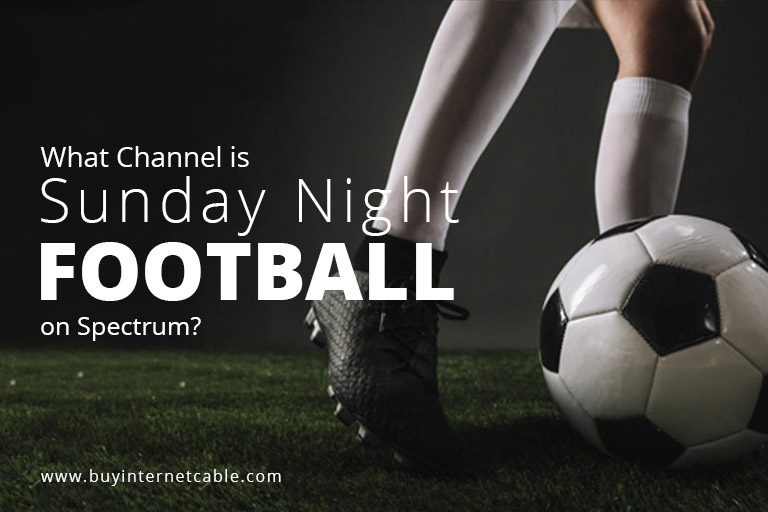 Every NFL fan is also a fan of Sunday Night Football. It’s a special NFL broadcast of matches and it airs on NBC. Just like any football game, it’s one of the most treasured shows in American history. All set to watch Sunday Night Football on Spectrum? This guide explains how.

What is Sunday Night Football?

SNF is a weekly TV broadcast of NFL games. The show started airing in 2006 after the Pro Football Hall of Fame Game. It became the first sports program that held the position of the most-watched program on the US network TV during the 2011 to 2012 season. It even surpassed American Idol.

The first-ever regular season of Sunday night was a huge blockbuster. The Giants hosted the Indianapolis Colts in the 1st game in NFL history. Throughout the years, Giants have played on Sunday nights regularly until 2019, as the team started struggling.

How to Watch Sunday Night Football?

The best channel to watch the SNF program is none other than NBC. Other channels that will be covering the 2021 program include ABC, ESPN, CBS, FOX and Peacock, and Telemundo. You must have Spectrum TV Select or Spectrum Silver package to catch the program live on TV.

The 2021 SNF schedule isn’t out yet but there is no harm in preparing beforehand and ensuring that your cable covers NBC or other networks airing the program. Much like the Patriots game on Spectrum, you must know the channel numbers of networks that will broadcast SNF to watch it live.

Refer to this channel guide to find watch SNF on Spectrum on NBC or other channels in your city or state:

John Williams composed “wide receiver” the instrumental theme music for SNF. The theme song for the broadcast was sung by Pink. Throughout the season, several alternative versions have been produced and a different lyric is substituted based on the current happenings.

What’s so Special About SNF?

Americans love football, there is no doubt about it. When the NFL season kicks in, fans organize their entire week around the slow narrative of football games followed by Sunday’s exciting drama. SNF is a roundup of everything that happened during the day games.

Football night turns the entire week’s happening into a story. Hosts like Bob Costas, Cris Collinsworth, Rodney Harrison, and Dan Patrick look at everyone involved in the game and turn them into characters. They closely read the bodies of the players, their histories and temperaments, and hold discussions, which every football fan digs. The commentators craft an anticipatory narrative arc out of the game.

It’s not just Americans who enjoy Sunday Night Football on Spectrum, this program is cherished internationally as well. In Canada, it’s aired by CTV2 and TSN whereas, in the UK, it’s aired by Sky Sports.

Other countries where SNF is broadcasted include Brazil, Australia, the Philippines, and Latin America. It’s plain to see that the program’s fan following extends beyond the US borders.

The Battle to Buy SNF Rights

The billion-dollar battle for SNF is all over the news. ABC, Disney, and ESPN are battling to buy rights to Sunday Night Football. Currently, ESPN pays $2 million per year for the Monday night schedule whereas NBC pays $950 million for SNF including flexible scheduling.

If Sunday night is moved from NC, it will turn up on ABC and NBC would end up playing Monday or Thursday night.

NBC feels it’s fortunate enough to have the rights to SNF, the number 1 prime-time show. The network is willing to do anything in its power to retain its partnership with the NFL for the next 10 years.

Gear up to catch the Sunday Night Football live on NBC. If you have Spectrum WiFi plans, you can also watch the game on your mobile via the Spectrum TV app from any corner of your house and even on the go.