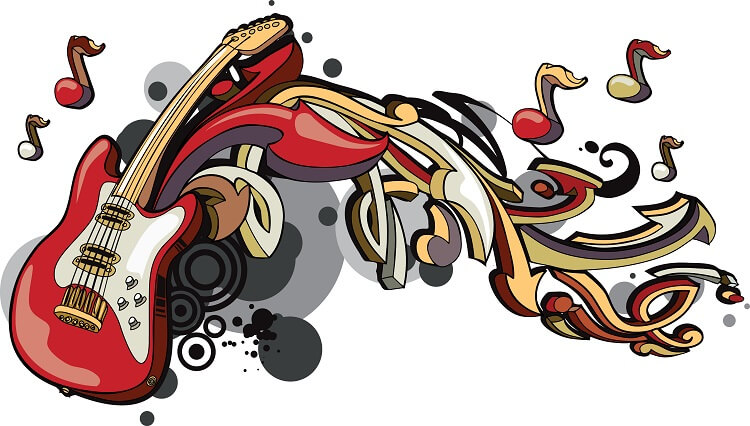 2018 was a whirlwind of a year. 2019 is turning out to be even more so. We saw record-breaking blockbusters. We saw historic talks between the U.S. and the Taliban in efforts to start a peace process in Afghanistan (of course this didn’t pan out). There was a high-profile suicide (or murder?) and a chart-topping album from an almost forgotten band. We saw the end of one historic movie franchise and one historic TV show. And we are about to see the return of a sophisticated killing machine sent from the future. Here are 7 pop culture events in 2019 that highlight the year.

The internet is a lot like the sea in many respects. The internet providers charge you for passage. It is deep, dark, and scary. There are predators lurking about. And the trends come and go like waves. However, some of these trends manage to leave a lasting mark that is something the year will forever be remembered for. Here are seven pop culture highlights in 2019:

Let’s take a closer look at them in case you missed any of them.

If you were born before 1992, you probably had a big brother or cousin who listened to Tool growing up. You may have started listening to the alt-metal band as well around high school. In 1991, the band released its first album 72826 followed by Opiate in 1992. In 1993 the band released Undertow following it up with the extremely popular Sober. From 1996 to 2006, Tool released 4 albums including Aenima, Salival, Lateralus, and Loving the Alien. 2006 also saw what seemed to be the band’s last album 10,000 Days.

After 2006, Tool seemed to drop off the map. Their fan base grew older and moved on to other music in their absence. An entirely new generation that listens to Taylor Swift, Justin Bieber, Selena Gomez, The Weeknd, and others was now in its prime. 13 years had gone by since 2006. Almost everyone had forgotten about Tool when Fear Inoculum dropped on just about every music streaming service.

The 2019 Fear Inoculum title track took the world by storm. Tool’s faithful fans everywhere devoured the band’s latest foray into the airwaves. So much so that Fear Inoculum had a bigger debut than the new Kanye West or Taylor Swift albums. The title track, slightly over 10 minutes long, topped the charts and sold roughly the equivalent of 270,000 albums when the entire album dropped.

Taylor Swift stans learning who Tool are because they’re currently selling more copies than “Lover” is really something special pic.twitter.com/k398YRDzvZ

Taylor Swift fans raged on the internet, annoyed that “random” band Tool should bump Swift’s Lover off the top slot on the Billboard 200. Others vowed to keep streaming Lover until it was back on top. But it seems nothing was able to stand in the way of Tool’s triumphant return. Maybe pop stars still have something to learn from rock stars.

Grew up watching Disney classics like The Lion King and Aladdin? These animated movies were a big part of millennial childhood. Feel like you’d do anything to go back to that time? Don’t worry, Disney knows. This is why we are currently seeing all our favorite childhood classics remade into live-action feature films.

Aladdin and The Lion King were two of the biggest Disney live-action releases this year. The films drew in now-grown-up kids with fond memories of the original animated films. It also drew in kids from a new generation, giving them their version of the popular cartoons from their parents’ childhood.

So far, Disney’s live-action remakes have been a resounding success. This is in part thanks to skilful casting. For instance, who could have filled the very large, genie-shaped shoes left behind by the late, great Robin Williams? The casting directors went in a bold direction and roped in none other than Will Smith. Any doubts you may have will vanish like magic when you see the famous Prince Ali song re-enacted in live-action.

Disney also has several other live-action remakes lined up in the coming months. These include popular Disney favorites like The Little Mermaid and Mulan. Let’s see how this trend pans out.

The End of Game of Thrones

Game of Thrones has often been called the last great show of the cable TV era. The show started back in 2011, and almost instantly gathered a large following. Based on the A Song of Ice and Fire books by George R. R. Martin, Game of Thrones continued to surprise, shock, and even disgust us with each episode and each season.

The violence, incest, and political intrigue aside, Game of Thrones was truly one of the most iconic shows on television ever. All eyes were on writers D.B. Weiss and David Benioff, known popularly as D and D, to deliver a fitting end to an epic show. However, the final season in May 2019 saw mixed reviews ranging from disappointment to outrage to applause.

Game of Thrones was a constant in our lives for almost 8 years. We formed connections with characters like Arya Stark, Jon Snow, and even Theon Greyjoy. However the season ended, you cannot deny the impact it had on our lives. But don’t worry, this isn’t the end of Westeros. Fans rejoice at the recently announced the spinoff House of Dragons, a prequel series based on House Targaryen that ruled the Seven Kingdoms for hundreds of years.


The birth of a baby is hardly a pop culture event. But when that baby is born in one of the few surviving monarchies in the western world, it calls for attention. Especially when the baby’s parents are Prince Harry and Meghan Markle, the Duke and Duchess of Sussex. I remember I specifically checked with my provider if my TV plans included BBC so I could binge on the news.


The Royal couple named their baby son Archie Harrison Mountbatten-Windsor. The Royal baby’s first public debut was on May 8th, 2019 when the Sussex Royals shared an image on Instagram. The image showed Her Highness Queen Elizabeth and the Duke of Edinburgh meeting the latest addition to the royal family, their great-grandson Archie.