Which Channel Number is UP TV on Spectrum?

Home » Blog » Guides » Channel » Which Channel Number is UP TV on Spectrum? 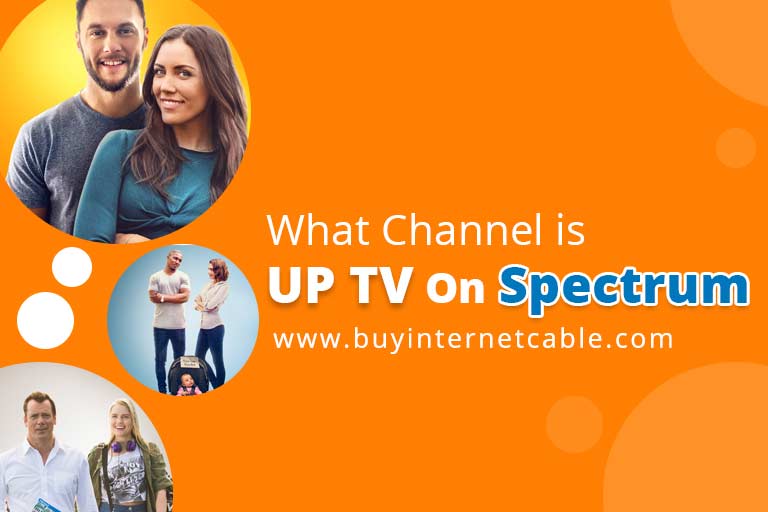 We rarely get to watch family-entertainment that caters to all ages perfectly. The content of most family shows is either too well-suited for young audiences that adults can’t fully enjoy. Or, sometimes it is too mature to be watched with young kids. Unless you have UP TV. UP TV is an American cable TV network. It provides excellent family-oriented entertainment that caters to all ages perfectly. Subscribers of Spectrum TV get over 200 channels in the lineup. If you want to watch UP TV on Spectrum, this guide is for you.

Charter Spectrum is a well-renowned service provider in the US. This company offers internet plans, voice packages, and cable TV services to millions of people in over 44 states. Its most famous TV plans include Spectrum TV Select, Silver, and Gold packages.

How to Watch UP TV on Spectrum?

As a spectrum TV subscriber, you must be curious to know about its excellent range of channel lineup. Spectrum offers up to 200+ channels in its 3 popular packages as mentioned above. Since the channel list is so long, many people prefer to know the specific numbers of their favorite channels. This saves time as you don’t have to skim through the long list of channels to find the one you want to watch. Here is the channel number for UP TV on Spectrum, based on the state you are in.

Using this list, anyone can watch UP TV on Spectrum and have fun with the entire family in front of a single screen at the same time.

What Does UP TV Channel Offer?

Charles Humbard launched UP TV back in 2004 under the name of Gospel Music Channel (GMC). It originally aired music from different genres ranging from contemporary to southern gospel, and Christian metal and rock music, etc. It also developed its own singing competition called ‘America Sings’ in addition to showing concerts in ‘Front Row Live’. Apart from that, GMC aired biographies of several artists and also hosted Award shows to honor the work of artists in the Christian music industry of the US.

Then, with the shift in the era, the channel began its rebranding and changed its persona in 2013 as UP TV. It airs family-oriented entertainment including comedies, specific holiday celebration shows, music, and movies, etc. You can watch all kinds of Holiday shows and movies from Halloween to Thanksgiving to Christmas, and so on. UP TV also has its own YouTube channel. You can also follow UP TV specials on Facebook.

800 Words is one of the many comedy-dramas you can watch on UP TV. Its story focuses on a grieving husband who decides to purchase a new house in New Zealand through the internet. Because of having fond memories of Weld from a childhood trip, the protagonist favors that place. he longs for solace and comfort to break away from his pain. The hard part is to get his two teenage kids, Arlo and Shay, to agree to move. The story revolves around the difficulties they face as a family after leaving behind all they have ever known including the memories of their mother. Watch the show if you are curious to know whether they grow closer or drift apart.

This is a very popular comedy-drama series with a fan following of millions. The plot of this series is about a single mother and how she struggles to manage the stressful relationship with her teenage daughter. This show has it all-from issues on friendship, family, romance, social divides, and so on. It sheds light on various life experiences by making them seem more relatable and real-life. Gilmore Girls was also listed as one of the 100 greatest TV Shows of all time by Time Magazine.

The Librarians series revolves around a peculiar library with a team of librarians that deal with unusual and magical threats. It shows the world-famous Metropolitan library built on a centuries-old HQ. The team studies bizarre events and gathers dangerous artifacts from all over the world. Flynn Carsen is a talented librarian fully committed to saving the world from unknown dangers.

This show originally began as the Little House on the Prairie. The show is actually based on the books written by Laura Ingalls Wilder. The drama covered the life and adventures of the Ingalls family and was set in the 19th century Midwest. It was quite popular and had a great run.

Later on, the channel revamped the show and transformed the storyline. Michael Landon stayed on the show as an executive producer. He sometimes made screen appearances too. The story now revolves around Laura and Almanzo. It was also made into a movie before the show ended for good.