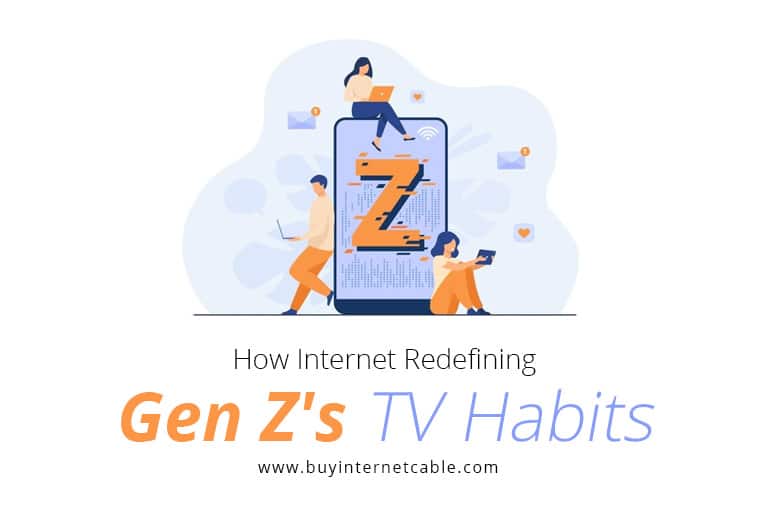 Gen Z is often viewed with awe and wonder. More shock than awe in most cases. This generation has managed to somehow be both smart and out of touch, both fearless and anxious. Within this pool, you’ll find the greatest levels of anxiety, rebellion, alienation, and brilliance. Moreover, Gen Z’s watching habits are also frequently questioned.

The content they consume is important in determining their behaviors and habits. However, it’s surprising that despite the internet being so pervasive in their lives, around 40% still watch TV. So, how does the internet affect Gen Z’s watching habits?

A large number of people find it confusing to keep track of all the distinct names given to different generations. And their confusion is justified. You need to be aware of who belongs to what generation and what years define the generation itself. This is all a bit hard to take in. Simply put, Gen Z refers to all the people born between 1997-2011. Anybody born before 1997 is considered a millennial. Similarly, anybody born after 2011 is considered Generation Alpha. Gen Z is also known as the generation that consumes a significant amount of internet content. Another reason for this is the multitude of services like Charter Spectrum Internet. Here’s how this has redefined the way they watch TV.

Gen Z is obsessed with the internet. You will find people of this generation on social media platforms like Tik Tok, Instagram, Facebook, Twitter, and Snapchat. Their lives are consumed by such digital spaces, to say the least. However, the internet is extremely fast=paced. This means that the content here is consumed within seconds or minutes. So, if there’s a technical issue like Spectrum’s internet outage, there could be serious consequences.

There’s very little room for posts or videos that take up more than a few minutes of the user’s time. As a result, the average person of this generation has a shortened attention span. In the context of TV, this means trouble. Content on television is usually lengthy. It doesn’t have 5 second Tik Tok videos or 10-second dance videos. You’ll need to sit through hours of content to understand what’s going on. Consequently, Gen Z isn’t an avid TV watcher. While it still plays in the background, the content on TV is mostly ignored in the face of aggressive scrolling.

How Are Gen Z’s Digital Habits a Source of Distraction 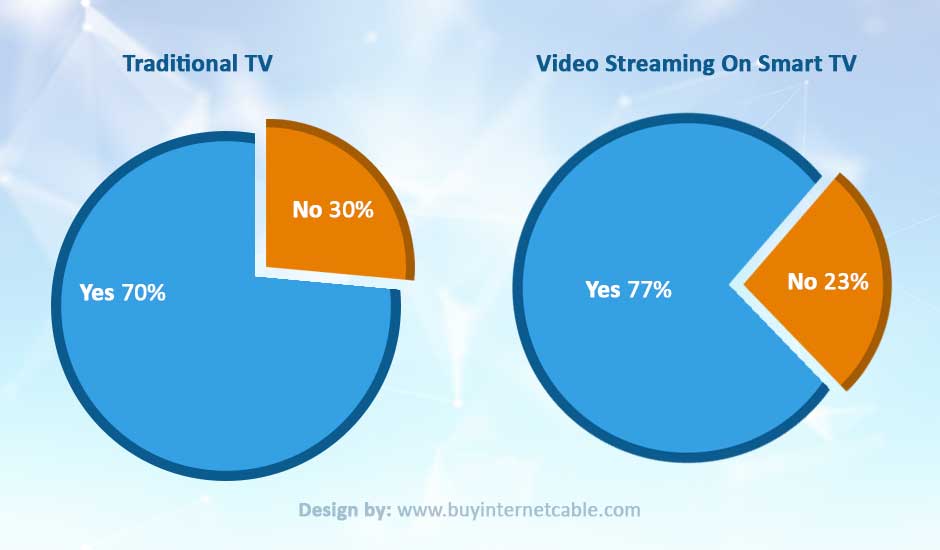 The modern world is a strange and confusing place. Try to make sense of this. Gen Z watches TV but they don’t consume it. Confused? Here’s a simple way to look at it. The generation in question uses TV mostly as a source of distraction. They will switch it on only to let it play in the background while they continue using the internet. Many of them are switching to fiber internet for greater speeds.

Thus, there’s a good chance they won’t even know what channel is playing. This generation is uncomfortable with complete silence in most cases. As a result, it typically resorts to such acts. In a way, this is both good and bad for the TV industry.

Gen Z’s Media Habits in the Context of Control

Gen Z’s TV viewing has been completely redefined by the internet on the basis of factors like control and choice. With the internet, this generation can control what they watch. With streaming sites, they search for whatever they want to watch and it displays before them. Similarly, with social media platforms like Twitter and Instagram, they can follow whomever they want and they get content related to them. For smooth surfing, it’s also important to boost your internet speed. This provides more command over what you consume.

As a result, there’s relatively greater control and choice with content on the internet. However, with TV, you just watch what you get. You don’t exactly have a choice. If you don’t want to watch Die Hard for the fifth time on television, you can’t really change it to something you like. For Gen Z, one of the most important reasons to choose Spectrum internet is because it offers deals and choices.

With TV, our options are limited. This is probably one of the most important reasons why the internet has altered TV viewing among Gen Z.

Why the Viewing Habits of Gen Z Are Confusing Advertisers

Advertisers can’t seem to understand if they should continue making content on TV or if they should stop altogether. It’s good that TV has come up with online payment options like Spectrum internet bill pay, other3wise it would be in trouble.

While Gen Z does consume TV, they don’t really watch it. It just plays in the background while they’re busy with other activities. In this case, how effective is advertising? Does it even make sense? These habits have been puzzling advertisers for some time now and they still struggle to find an answer. As does the rest of the world.

How much time does Gen Z spend online?

Gen Z spends around 4.5 hours on social media per day.

What is the average attention span of Gen Z?

Most people of this generation have an attention span of just about 8 seconds.

Popular Gen Z TV shows include Gossip Girl, Euphoria, Sex Education, and 13 Reasons Why.
Disclaimer: Although all requisite efforts have been made to procure owner/publisher approval for the images used in BuyInternetCable.com Blog posts, we apologize (in advance) for any unintended and/or uninformed copyright violations still incurred therein. If you feel that your material has been used without your tacit consent, please feel free to correspond with us through Contact Us page.
error: Content is protected !!