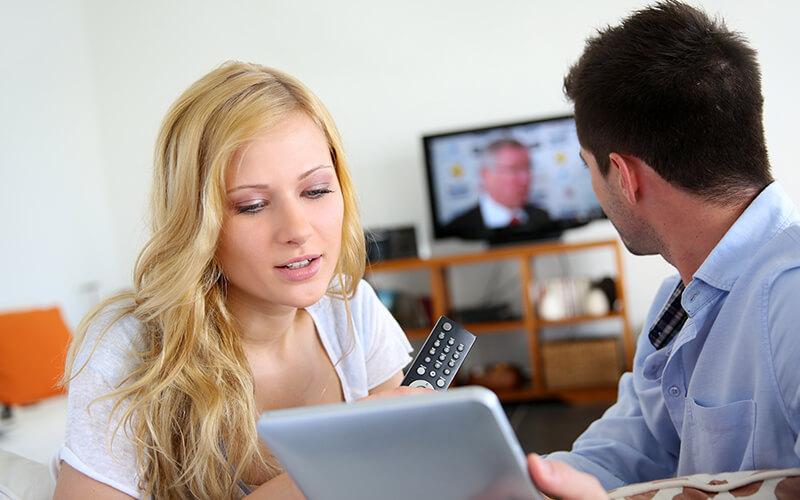 Cable TV was incredibly popular during the 1980s and 1990s. It was one of the major sources of entertainment for the people. They were always glued to their television screens, watching their favorite shows. And back then, it was the best way for people to stay updated with everything that’s happening across the world. However, as technology started to become more advanced, different inventions surfaced. And it would not be wrong to say that these technological changes have completed altered human lives. For instance, the emergence of on-demand services has led to people thinking about cutting the cord. With that said, let’s have a look at some of the cable TV subscribers’ statistics you are bound to find interesting.

With the rise of OTT services such as Netflix, Disney+, Hulu, and Amazon Prime, people are no longer drawn towards cable TV. In fact, they are now more actively thinking about quitting the TV service. This is because they can easily watch their favorite shows and films on different streaming platforms. Hence, there is no wonder why they don’t feel the need to subscribe to a cable TV provider anymore. Here are some of the interesting cable TV subscribers’ statistics for you.

#1. 69% People Are Frequently Subscribing to An OTT Service

As stated above, people don’t feel the need to subscribe to a cable TV provider as they got an OTT service to rely on. Therefore, you shouldn’t be surprised to know that 69% of people now prefer to subscribe to a streaming service. And there are a couple of reasons why more and more people are becoming inclined towards streaming services. The first is that every streaming platform has its respective mobile apps. This allows people to view the content whenever and wherever they want. The second reason is that the streaming platforms are free from advertisements. Also, most of the streaming services produce their own original and exclusive content which just tempts people to subscribe.

#2. The Current Market Share for Cable TV Has Reduced to Under 50%

Cable TV hasn’t disappeared. It’s still here, but it isn’t popular as it once used to be. According to Grand View Research, the present cable TV market share is under 50%. This indicates that there are some people who still prefer cable TV. But it’s more than likely that this will change soon. This is because the streaming platforms are quickly picking up popularity. And they will only continue to grow much more. So, if down the line you see the OTT service dominating the market, don’t be surprised, as this is bound to happen sooner or later.

Considering how many people have started to rely on streaming services, it is pretty obvious that they are now spending most of their time on such platforms rather than watching traditional TV. According to Forbes, people give 68% of the view time to streaming and just 28% to cable TV. This is happening because people have started to believe that streaming content is much more fun as compared to watching cable TV.

#4. The Number of Pay-TV Subscribers Will Decrease Every Year

Yes, you read that right! Believe it or not, a lot of people are thinking about getting rid of their cable TV service. And this is because they have better alternatives now. Forbes revealed that 27% of American households cut the cord in 2021. So, does this indicate an end for cable TV? No, at least not yet! While it’s true that a lot of people have started to rely on streaming services for their entertainment needs, there are some that still prefer cable TV. This is because the providers are trying their best to introduce new plans that are certainly luring more people in.

While there are people who like to watch cable TV, it is predicted that the number of pay-TV subscribers will drop. There were 74 million American households subscribed to the cable TV service(according to Statista). But this number is expected to decrease to 70 million by 2025.

#8. 70% of the Cable TV Subscribers Feel They Get Little Value for Money

Out of the many factors why people prefer cutting the cord, one is the growing prices of the providers. 70% of the cable TV subscribers have started to feel that they are not getting any value for the money they are spending on the service. Therefore, they think that it’s better to go for streaming services. In addition, 56% of subscribers said that the only reason why they have kept TV service is that it is bundled with their home broadband.

Cable TV has been the ultimate source of entertainment during the 80s and 90s. But as the technology has changed so much over the years, it’s no surprise that pay-TV subscribers have started to decrease. However, cable providers are making efforts to keep people subscribed to the service. Hence, it should be really interesting to see what the future holds for cable TV.

How many cable subscribers does the US have in 2021?

There were 74 million American households subscribed to the cable TV service in 2021.

How many households have no cable TV?

There are over 30 million American households that don’t have cable TV.

Is the cable TV industry dying?

Cable TV is on the verge of collapse. The number of pay-TV subscribers has decreased significantly as more and more people are subscribing to different streaming services.

What will replace cable TV in the future?

OTT services like Netflix, Hulu, and Amazon Prime are likely to replace cable TV in the future.